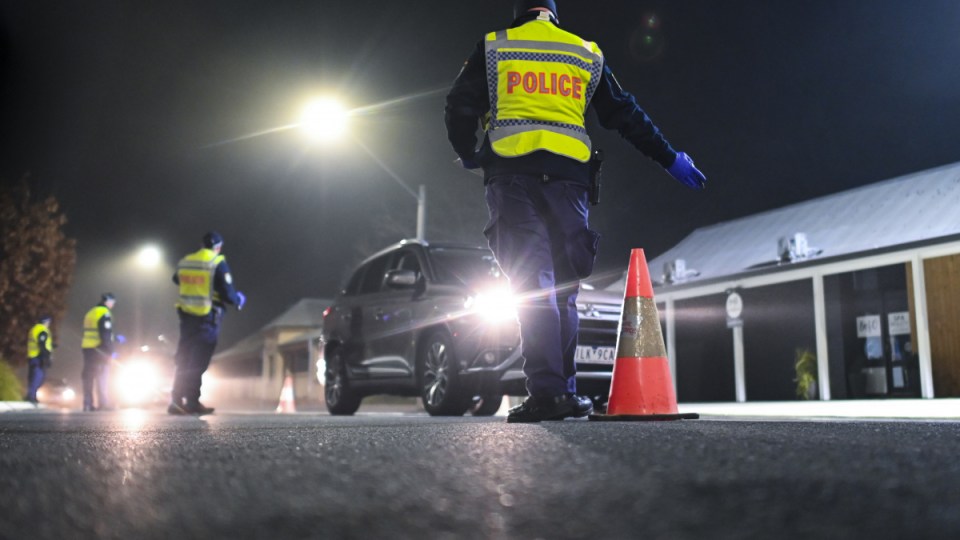 Victoria has further eased its border restrictions with both NSW and Queensland after recording a 16th consecutive day with no local coronavirus cases. Photo: AAP

Victorian Premier Daniel Andrews has announced that local government areas in New South Wales and Queensland will be reduced to green and orange zones.

Greater Brisbane and regional NSW, with the exception of Wollongong and the Blue Mountains, will change from an orange zone to a green zone.

Those who have visited green zones will no longer be required to self-quarantine or get tested upon arrival in Victoria.

Restrictions have also eased for Sydney, with all local government areas with the exception of Cumberland now classified as orange zones. The changes come into effect from 6pm.

Mr Andrews also announced that Victorians will be able to attend larger home gatherings from Saturday as health advice is downgraded further with the number of people allowed to visit doubling from 15 to 30.

The changes will come into force from 11.59pm Friday.

“We thank Victorians for embracing that. I know it’s been very inconvenient,” Mr Andrews said.

The relaxation of restrictions comes as Victoria recorded its 16th day without a locally acquired coronavirus case.

One case has been recorded in hotel quarantine.

“It’s been a challenge for many people, but the reward is this long run of days without any community transmission, having run to ground that Black Rock cluster and having seen really significant testing numbers this couple of weeks.”

It hasn’t been all good news, however, with the Australian Open recording its first positive case in a player that does not involve viral shedding.

“I’m feeling unwell and have some symptoms, but I’ll try to recover as soon as possible listening to the doctors,” the world No.67 wrote.

“I’ve been taken to a health hotel to self-isolate and be monitored.

“Thanks for your support. We’ll be back stronger.”

It’s been reported the 23-year-old travelled to Melbourne on the same flight from Abu Dhabi as the coach of US Open champion Bianca Andreescu, Sylvain Bruneau.

Bruneau was the first person on a tournament charter flight to test positive to COVID-19.

Infections were also detected on charter flights from Doha and Los Angeles, forcing 72 players to be confined to their hotel rooms for two weeks.

Badosa was among players who complained on social media about the strict quarantine.

“At the beginning the rule was the positive section of the plane who was with that person had to quarantine. Not the whole plane,” she wrote in a tweet that has since been deleted.

“Not fair to change the rules at the last moment. And to have to stay in a room with no windows and no air.”