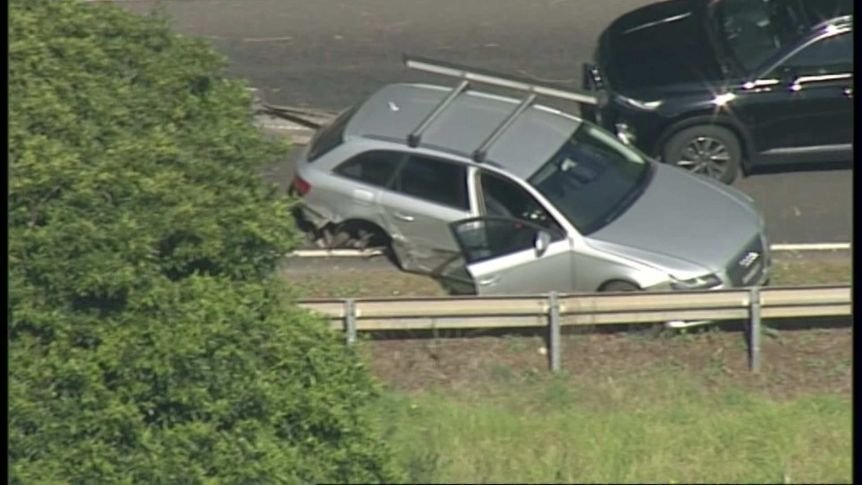 Police believe the silver Audi was carjacked in Mirboo North before being driven about 60 kilometres north-west to Drouin. Photo: ABC News

Police believe a man allegedly involved in a carjacking produced an “edged weapon” shortly before he was fatally shot by officers in the Gippsland town of Drouin this morning.

In a statement, Victoria Police said officers were initially called about 7:40am to an armed carjacking at Mirboo North, south-east of Drouin.

Police said investigators had been told a man armed with a knife made threats to another man before stealing his silver Audi station wagon.

About 9:00am, police received reports of a car believed to be the stolen Audi driving erratically in the Drouin area.

“Responding police attempted to stop the car before it was involved in a collision,” the statement said.

“During the highly dynamic incident it is believed the male produced an edged weapon and was shot by police.

“The man has since died.

“The investigation is in its infancy, detectives from the Homicide Squad will investigate to determine the exact circumstances on behalf of the Coroner, which will be oversighted by Professional Standards Command, as per standard protocol when a police firearm is discharged.”

State Coroner John Cain is also examining the scene of the shooting as part of the Corners Court of Victoria investigation.