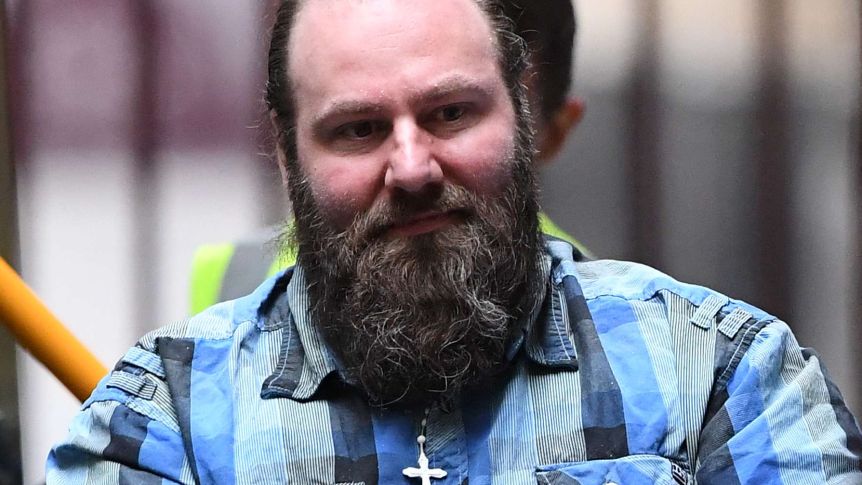 A far-right terror plotter who was dobbed in by his own mates after making plans to wage war against “Muslims and lefties” has been jailed for 12 years.

Phillip Galea, 36, was today sentenced in Victoria’s Supreme Court and has to spend at least nine years behind bars before he is eligible for parole.

Galea, who was a member of Reclaim Australia and the True Blue Crew, was found guilty of preparing for a terrorist act and making a document likely to facilitate a terrorist act.

He has already served just over four years on remand so could be eligible for parole in close to five years.

But she described the offending as serious.

“Although you regard yourself as a patriot who holds mainstream views, it’s clear the jury found otherwise,” the judge said.

During his sentence, Galea shook his head and at one point briefly flashed a typed sign claiming that he had not received a fair trial.

“You continue to believe you’re an innocent victim to a police conspiracy,” the judge said.

The Supreme Court heard that Galea, who initially refused to mix with other Muslim prisoners, made plans in 2016 to attack the sites, which he despised for their association with the left side of politics.

The court heard Galea, who liked to big-note himself when he was drunk, spoke of a desire to see his victims flee like “burning rats”.

He scoped out his targeted sites and researched explosives.

“You clearly regarded Muslims and people on the left wing of politics as sub-humans whose lives have no value,” Justice Hollingworth said.

The Anarchist Cookbook, written in 1971, is known for its detailed instructions on how to make bombs, engage in sabotage and manufacture weapons.

“You intended it would incite other right-wing extremists to join your cause,” the judge said.

Justice Hollingworth rejected Galea’s excuse that his version of the cookbook was simply “satirical”, and the court heard he worked on it for nine months while awaiting trial.

“Given you abhor the anarchist movement … it’s somewhat ironic that you intended to use so much of their intellectual property,” the judge said.

Justice Hollingworth today said that there was no evidence Galea had renounced his ways.

“You show no remorse or contrition for your offending,” she said.

“It’s clear that even while you were awaiting trial, you continued advocating violence.”

Galea has effectively been in solitary confinement for four years, so could be eligible for parole in just under five.