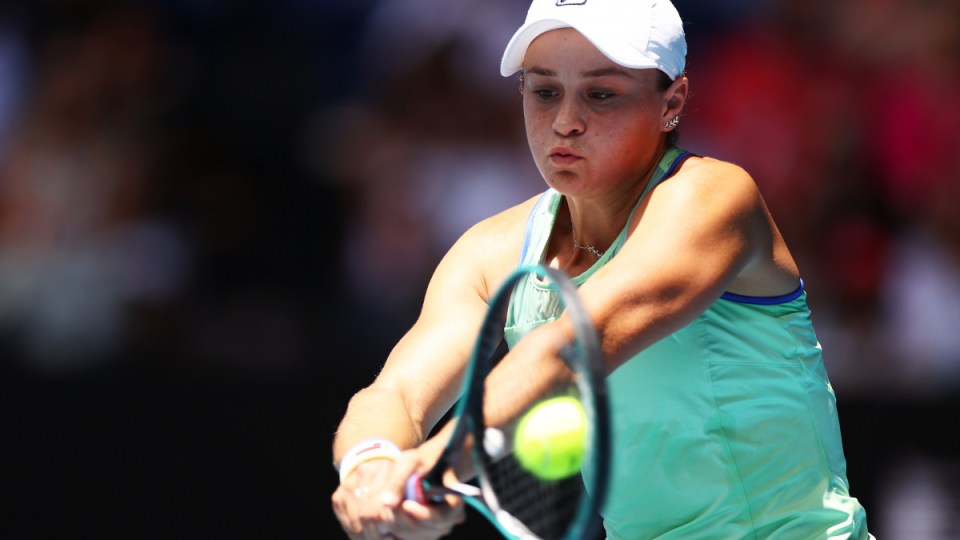 Ash Barty in action in an early round of the 2020 Australian Open Photo: Getty

Victorian Premier Daniel Andrews has cast fresh doubt over the 2021 Australian Open, saying plans for the state to host the entire summer of tennis are “far from a done deal”.

Tennis Australia wants to emulate the AFL hub model by shifting all events to Victoria ahead of January’s Open to ensure the strongest-possible field for the first major of the year.

They plan to transfer at least five events usually held in Sydney, Brisbane, Perth, Adelaide, Canberra and Hobart to Victoria in a blockbuster summer of action.

It would be a similar build-up to the 2020 US Open, which transferred the Cincinnati Masters to Flushing Meadows as a warm-up, but on a more extreme scale.

The US Open field in September was considerably diminished because of COVID-19 pandemic, which Australian Open organisers are desperate to avoid.

Australian Open tournament director Craig Tiley felt they had a “guarantee” that the event would go ahead, but the Premier insisted such plans were far from settled.

“The notion this is all tied up with a bow, it’s a done deal, that’s simply wrong,” Mr Andrews said on Monday.

“The public health team needs to sign off on all of these arrangements and they are just not settled.

“We want the event to happen, just like the Boxing Day Test, but the thing about the cricket compared to the tennis is it’s a tiny group of people [who] we think we can quarantine.

“It’s a massive event, it’s an event that all of us love … but it comes at a time when the rest of the world is on fire.

“The notion this is all a done deal and there’s going to be all these tennis players turning up – no, this is not settled at all.

“It’s an important event, absolutely, but avoiding a third wave is arguably even more important.

“This needs to be done on the best of public health advice.”

New of Tennis Australia’s plans emerged as Victoria posted its 17th consecutive day without new coronavirus cases or fatalities. The state has just three active cases remaining, and Mr Andrews is expected to announce a further easing of virus rules on Sunday.

The unprecedented measure flagged by TA would allow up to 550 players and their entourages to fly into Melbourne from mid-December. They would be allowed to play and train but be restricted to hotels or the tennis court until they had completed two weeks of quarantine.

They would then be free to travel around the state for competition, with some of the tournaments to be held at regional venues such as Bendigo and Traralgon, subject to approval.

Some events could be played after the January 18-31 Open in a re-worked calendar.

Australia’s Ashleigh Barty and Nick Kyrgios will resume competition after electing not to travel overseas during 2020 due to the coronavirus pandemic.

Before Mr Andrews’ spoiler, Tiley was convinced the tournament – the biggest annual event on the Australian sporting calendar – had the green light.

“There is now no risk of the Australian Open going ahead without everyone in Victoria and we didn’t have that guarantee previously,” Tiley told the Herald Sun.