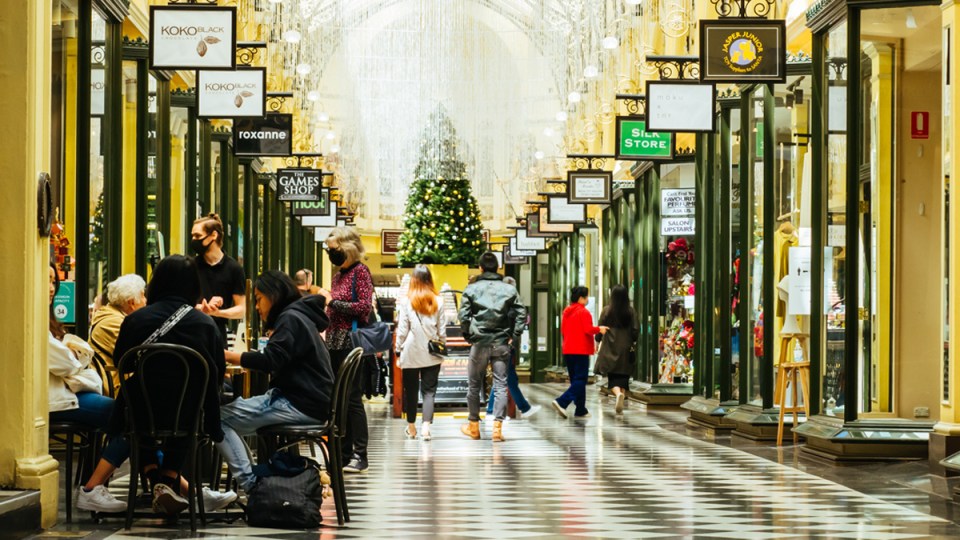 Virus rules will not be eased in Victoria for at least another week, despite 14 days without new COVID infections. Photo: Getty

Victorians eying a life with fewer regulations after the state clocked up  14 days without new coronavirus cases have had their hopes dashed.

Friday’s fortnightly milestone marks a full infection cycle since any COVID cases have been declared in the state – the threshold set down in the state government’s roadmap to move to the next stage of winding back rules.

It is the first time Victoria has gone a 14 days without virus infections since February.

But Premier Daniel Andrews said he had no plans to bring forward an announcement set for next Sunday (November 22).

“We’ve all given too much, Victorians have shown such amazing character to see this through but it’s still there, it’s smouldering,” Mr Andrews said on Friday.

“Not everyone gets tested as fast as they should and while those exposure days are coming down, there is still the very real prospect that there is transmission still out there.

“We’re doing a lot of testing, we’re searching and that should give us confidence that if we had a significant problem we would’ve found it. But 14 days of zero is not the same as having a vaccine and certainly not indicative that there’s no virus out there at all.”

Tests have nudged 20,000 across Victoria most of this week, before falling to 12,000 on Thursday.

“We’ve seen test numbers this week that have been truly impressive, and they really are the key to us keeping these numbers low,” Mr Andrews said.

“Whether they’re zero every day, that’s not the aim. The aim is to have as low numbers as possible and be able to stop the spread of this virus as we take safe and cautious steps to open up.”

Pressure is mounting on the state government to ease the mandatory mask rule, as well as expanding customer limits at pubs, restaurants and cafes.

But Mr Andrews said city offices might never return to how they looked before the pandemic.

“I take no joy out of this [but] for the cafes and restaurants and others who want as much foot traffic as they can … I don’t think we’re going back to 100 per cent of people at their desks 9 to 5 and that won’t be a function of rules, that’ll be a function of the choices people will make having spent the best part of a year working from home,” he said.

“I think the notion of people spending every hour where they used to work, that is gone.

He said having fewer people in CBDs would simply be a “byproduct” of a post-COVID world.

“That just means we will have to work even harder around major events, and make sure those businesses, who are a big part of our story, we just have to make sure we support them in lots of innovative ways,” he said.

Australia had its fifth consecutive day without community transmission of the virus on Friday, with NSW also reporting no local cases.

Changes expected across Victoria from November 22

People will be allowed to have up to 10 visitors in their home and the number of people who can attend public gatherings will be increased to 50.

Indoor pools and play centres will be able to have up to 50 people subject to density limits.

The cap on weddings and funerals will be lifted.

‘I take no joy’: Andrews dashes hopes of early freedom for Victorians