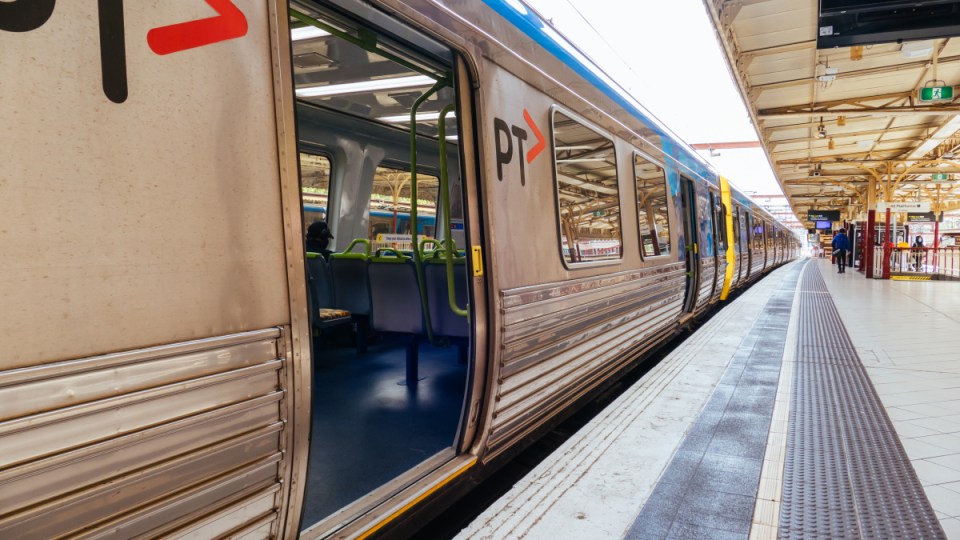 A suburban Melbourne train line is included in the latest alerts. Photo: Getty

Several shops in Melbourne’s CBD and some train trips have been added to Victoria’s list of possible COVID-19 exposure sites.

Victoria has recorded no new coronavirus cases or deaths for the 13th consecutive day.

However, authorities have urged people to watch for symptoms after an aged care worker who visited Melbourne tested positive for the coronavirus when she returned to South Australia.

The case is being treated as active, although Health Minister Martin Foley said the woman was likely shedding viral remnants from a previous infection.

She is not showing any symptoms, but both South Australia and Victoria are treating the case as active “out of an abundance of caution”.

Victoria’s Department of Health and Human Services said on Wednesday anyone who had visited Melbourne Central on November 8 and Melbourne Airport on November 9 should watch out for coronavirus symptoms.

In an updated list released on Thursday, DHHS said its current list of COVID-19 exposure sites were:

DHHS said the locations on the list were not a current risk to the general public.

The woman had been in Melbourne on November 8 and 9, and tested positive in South Australia as part of their entry requirements.

There are three active cases of the virus, down from four on Wednesday, and two people remain in hospital.

The three cases are in the Greater Dandenong and Casey areas, in Melbourne’s outer south-east.

The rolling 14-day average of new cases per day in Melbourne has fallen to 0.1, while in regional Victoria it remains at zero.

There is just one ‘mystery’ case with an unknown source of infection.

“This extraordinary figure of over 20,000 shows that Victorians want to stay safe and stay open by coming forward in such extraordinary numbers,” he said.

Premier Daniel Andrews said it was an impressive turnout and again thanked those Victorians who were tested.

“No one wants to get this. It is not a good thing to get. So we’ve got to be vigilant and the great news is, everybody is,” he said.

Research highlights the financial impact of the pandemic

Confirmation of another “double doughnut” day for Victoria came as new research revealed which postcodes had suffered the most severe financial hit during the pandemic.

Figures from analytics consultancy Taylor Fry show the regional areas of Corangamite, Moyne, Warrnambool and Beaconsfield, as well as the inner-Melbourne suburbs of St Kilda, Elwood and Brunswick East were hardest hit.

Taylor Fry principal Alan Greenfield said cuts to JobKeeper and JobSeeker payments in late September had an “instant and dramatic” effect on the finances of many Australian households.

“Some businesses that no longer qualify for JobKeeper have not recovered enough to keep their staff employed. A much larger number of Australians have seen their incomes drop by at least $300 a fortnight,” he said.

Victorian Treasurer Tim Pallas conceded the financial impact of the pandemic had not been evenly spread across Victoria.

“This is an event that is like no other, there are certain sections of the community that actually haven’t done too bad and there are others that have done considerably worse,” he said.

“We’re conscious that women have suffered profoundly, also conscious of the fact that certain areas like the CBD, the outer suburbs in particular have suffered.”

Asked when workers would be allowed to return to their jobs in Melbourne’s CBD, Mr Andrews said it was a “big challenge”.

The Premier said he might be able to give more information on that timeline when restrictions are next eased on November 22.

“We need to make sure we take the steps, yes, but do it in a safe and steady way.”