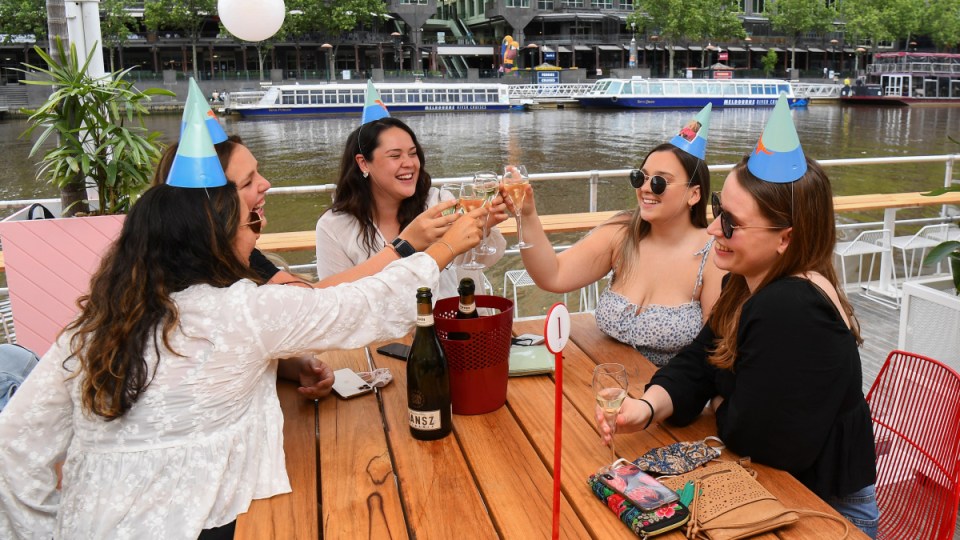 Melburnians have been urged to enjoy a "COVID-safe" first weekend of freedom. Photo: Getty

Victoria had four more COVID cases on Friday, as Premier Daniel Andrews put businesses and customers on notice ahead of Melbourne’s first weekend in months with open pubs, restaurants and cafes.

“Further testing and examination is underway to determine whether they are in fact false positives,” he said.

Victoria’s chief health officer Brett Sutton said one of the infected persons had travelled in Deer Park, in Melbourne’s west. He encouraged anyone in the area with symptoms to get tested.

“Until we know more about the potential exposure sites, potential movements of this individual and other close contacts that we can identify, I would encourage anyone who is symptomatic, especially in Deer Park, to look for a testing station nearby,” Professor Sutton said.

Testing will be boosted in the area to accommodate an expected leap in demand.

“If you do not do the right thing in your shop, in your setting, in choices that you make, whether you be a customer, a worker or a business owner, then you are putting everyone at risk,” he said.

On-the-spot fines of $1652 for individuals and $9913 for businesses can be meted out for COVID-19 restriction breaches.

It comes as a Melbourne childcare centre was closed and up to 100 people forced into self-isolation after a girl connected to a cluster in Melbourne’s northern suburbs tested positive to COVID-19.

The young girl was among three new cases in Victoria on Thursday. The other infections are under investigation and might be removed from the state’s tally.

Mr Andrews confirmed one of the two cases tested positive for the virus in August, while the other was a close contact of a positive case that same month.

An expert review panel was due to meet on Thursday to review the two infections.

There were no deaths on Friday, with the state virus toll remaining at 819 and the national figure at 907.