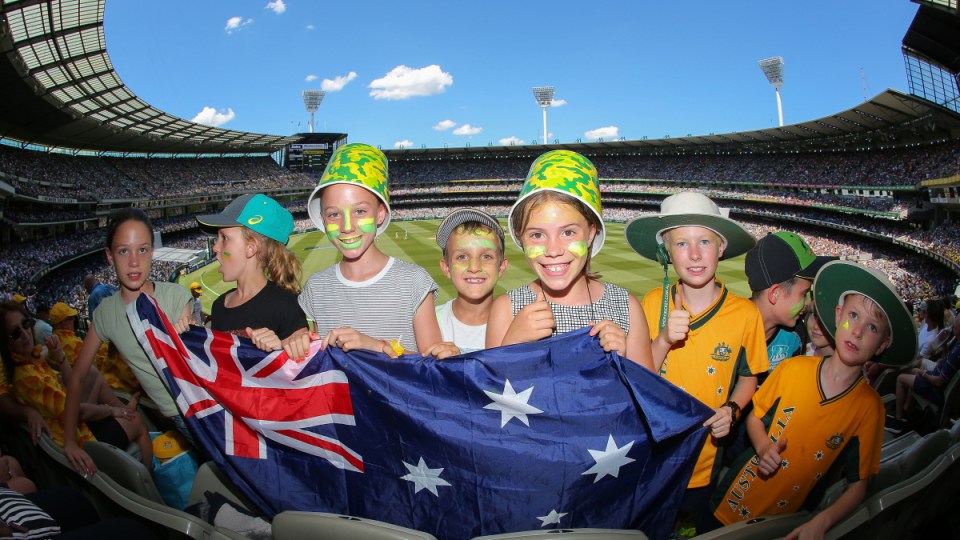 Crowds will be back at the MCG for the Boxing Day Test against India. Photo: Getty

The MCG could host crowds of up to 25,000 for the Boxing Day Test  within weeks, under a deal struck as Melbourne emerges from its lengthy COVID shutdown.

Confirmation of crowds being allowed to attend the famous event came on Wednesday afternoon, just hours after Melburnians emerged from their 15-week lockdown.

“This has been a tough year and it will be just reward for many to have the opportunity to watch the Aussies take on India at our cathedral of sport,” state Sport and Major Events Minister Martin Pakula said.

“To have the fixture locked in until 2022 is fantastic.”

The Victorian government, the Melbourne Cricket Club and Cricket Australia are working to develop a rigorous COVID-safe plan to allow the famous ground to be filled to up to a quarter of its capacity from December 26.

Exact crowd numbers for the 2020 Test will be confirmed closer to the time, but will be capped at 25,000.

Cricket Australia chairman Earl Eddings said the Test would be a milestone.

“Come Boxing Day, it will be 291 days since the MCG hosted Australia’s win in the ICC Women’s T20 World Cup final – and we can’t wait to host another iconic match at the MCG,” he said.

The news wasn’t as positive, however, for racing fans.

Mr Pakula confirmed there would be no crowds – or even groups of horse owners – permitted at Flemington for next week’s Spring Racing Carnival, despite Wednesday’s easing of Melbourne’s virus rules.

“The government has determined that next week is not a suitable time for gatherings of that nature,” Mr Pakula said.

“It is the right decision and has been made in the interests of all Victorians.”

The directive comes a week after the government initially decided to allow connections to attend last weekend’s Cox Plate at Moonee Valley.

With Melbourne businesses still mostly closed and funerals and other gatherings strictly limited, Mr Pakula announced a deal to allow up to 500 horse owners to attend the Cox Plate.

Within hours, after a swift community and political backlash, he backtracked.

At the time, Mr Pakula said the move had been motivated by respect for the occasion and a desire to mark a small step in Melbourne’s path to reopening.

“It was a mistake, given that other restrictions remain in place, and we’ve heard the community feedback,” he said.

Hospitality venues and shops reopened to jubilant customers at 11.59pm on Tuesday, with the promise of more restrictions to be wound back on November 8.

On Wednesday, Premier Daniel Andrews said the government remained in talks with the organisers of other major events, including the Australian Open.

The Boxing Day Test was one of Melbourne’s most important events, he said.

“There are events that are a lot smaller, but as a sign of success that Victorians can be very proud, that will be one among many,” he said.

“We will have lots of events, large and small across the state.

“The theme will be twofold – it will be safe, and it will all be the result of a really strong partnership between our government and people who are running events who are absolutely and fundamentally committed to make sure they can occur in a COVID-safe way. And we’re very grateful for that.”

The Test has been played at the MCG since 1980. Under a new deal between CA and the MCC, it will remain at the ground until at least 2022.

India’s tour of Australia will commence with a three-match 50-over series, in Sydney on November 27 and 29 and at Canberra’s Manuka Oval on December 2.

Boxing Day crowds for the MCG, while spring racing misses out