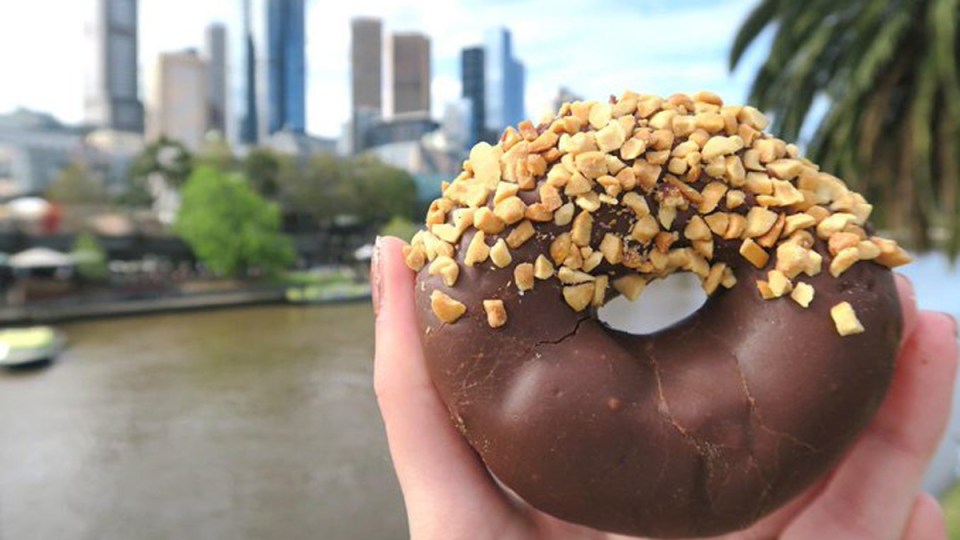 How sweet it is: Victoria is once again back on track in its crusade to bring COVID to heel. Photo: Twitter

Victoria has posted its second consecutive day without COVID cases, as millions of people wait to learn more details of the freedoms that will be available when Melbourne’s 15-week lockdown ends later on Tuesday.

The back-to-back “doughnut days” will further buoy the spirits of Melburnians, after Premier Daniel Andrews’ announcement on Monday that virus rules would be eased.

Melbourne’s 14-day average of new cases is down to just 2.8. Mystery cases in the past fortnight have also fallen again, down to six.

Mr Andrews will step up later on Tuesday for yet another briefing in Victoria’s long fight against its deadly second wave of the virus. But this time, he has promised more good news for residents.

There was a notable absence from Melbourne’s long list of easing lockdown rules on Monday, with authorities still pondering home visits for family and friends.

Mr Andrews assured Melburnians they would be able to visit homes with more freedom in line with other rule changes from 11.59pm on Tuesday, but wanted to mull over the final decision overnight.

“We do not want to do a bubble because we think that can be a particularly confusing set of arrangements for families, but we have not quite settled on it,” he said.

It comes as Melbourne readies to get back in business, prompted by Victoria’s first clean slate of cases and deaths since June 9 on Monday, and the results of a testing blitz on an outbreak in the city’s north.

The “proud” Premier’s voice cracked with emotion as he announced the dramatic lockdown changes, headlined by the reopening of Melbourne retail and hospitality venues.

More changes are slated from midnight on November 8, including the end of the so-called “ring of steel” separating the capital from regional Victoria, as well as the 25-kilometre travel limit.

Mr Andrews has been under intense pressure to ease restrictions while also awaiting the final report from an inquiry into the botched hotel quarantine program, widely believed to have sparked Victoria’s devastating second wave.

But Monday marked a significant shift in Victoria’s coronavirus campaign.

Melbourne retail and hospitality businesses can begin trading again from midnight on Tuesday, with a “dark” reopening effective immediately so staff can prepare.

There will be a maximum of 20 people seated indoors for hospitality venues – 10 per space – and 50 outdoors.

Beauty, personal services and tattoo parlours will also reopen, and there are widespread changes from outdoor fitness to religious gatherings.

Mr Andrews said these “big steps” belonged to every Victorian who had followed the rules, but warned the virus would remain in people’s lives until a vaccine is found.

How sweet it is: Victoria’s second ‘doughnut day’ as post-virus freedoms loom