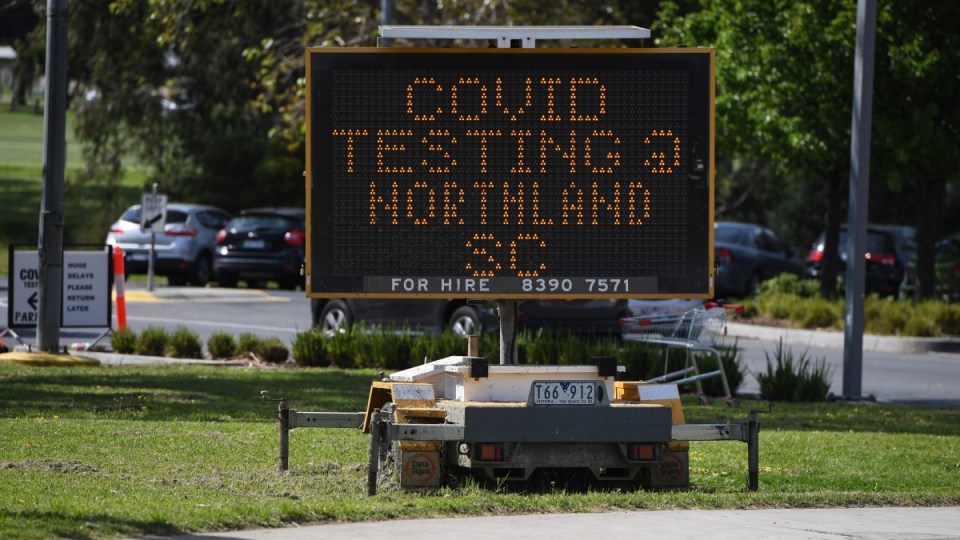 Just how much restrictions will be eased depends on the latest testing numbers. Photo: Getty

Announcement of changes to Melbourne’s COVID lockdowns will be delayed again for a number of days, due to an outbreak in the city’s northern suburbs.

But the news is slightly better for regional towns, with the government confirming some plans to further ease restrictions will go ahead this week.

While Melburnians had been hoping for the announcement of significant rule changes on Sunday, with the state’s 14-day rolling COVID average finally dropping below five, residents will have to wait until at least later this week – potentially Tuesday – to hear any changes. Mr Andrews had flagged last week that he hoped to announce the easing of more rules on Sunday, but it was not to be.

“We are not in a position to do that today,” a clearly disappointed Premier said.

“It is just not safe at this stage to make these announcements today.”

Statement from the Premier on next steps for regional Victoria: pic.twitter.com/1Fo1r0IRZI

Victoria recorded just seven new cases on Sunday, with six of those linked to the northern metropolitan cluster, centring around several schools.

The Premier said last week’s timetable to significantly ease more rules by November 1 was still on track, and that he hoped to be able to announce those reforms as early as Tuesday.

Mr Andrews has been under heavy pressure from federal ministers and business leaders to greatly relax the state’s restrictions. Health minister Greg Hunt, speaking just minutes before the Premier’s press conference, urged Victoria to open to the same level as NSW.

VIC chief health officer Brett Sutton said critics from other federal and state governments were “not in the tent” on the detailed medical information that his team was relying on.

The Premier called for calm, saying it was “not a setback”, and that the original timetable was still in sight.

“This is not anything other than a cautious pause, to wait to get that important information, to get the results of those tests,” he said.

Mr Andrews stressed it might only be a small delay, saying “rather than that being midnight Tuesday, it may be midnight Wednesday” that rules change.

Vic has met the under 5 threshold which some thought was unachievable. This was a very cautious target. 6/7 of new cases are related to a known outbreak so the risk is manageable. The set reopening is gradual & safe so any delay is unnecessary. It’s paralysis in decision-making.

The Premier will likely come under fire from critics for the delay in easing restrictions. Immediately after admitting no rules would change on Sunday, he was slammed by an unlikely source – his former health minister, Jenny Mikakos.

Ms Mikakos, who was forced to quit the state ministry over the errors in hotel quarantine, tweeted that the delay was “unnecessary” and accused the government of “paralysis in decision-making”.

Mr Andrews said he had “nothing to say” about Ms Mikakos’ claims, flatly refusing to answer several questions on her tweet.

Changing the goal posts is confidence shattering for businesses that are struggling to hold on.

Every day is critical to keeping Melburnians in jobs and saving businesses.

“Changing the goal posts is confidence shattering for businesses that are struggling to hold on,” she said.

While metro residents will have to wait for the end of a “cautious pause” for better news, Mr Andrews did confirm some minor changes for regional Victoria, where the 14-day average case number is at 0.2.

For religious services, indoor gatherings can welcome 20 people and 50 outdoors (including funerals).

Indoor community sport for under-18s can recommence, and indoor swimming pools can open to 20 people at a time.

There have been updates to regional restrictions that come into effect from 11:59pm Tuesday, 27 October. Metro Melbourne tests are being reviewed to provide more certainty for decisions about the transition to the Third Step.

Victoria on Sunday reported seven new coronavirus cases and no deaths, keeping the state toll at 817 and the national toll at 905.

Premier Daniel Andrews on Saturday warned that the outbreak in Melbourne’s north may present an obstacle to easing restrictions.

The premier indicated health authorities would not lock down the affected suburbs as had been done in the past but rather may delay the easing of restrictions for the whole city.

About 800 residents in Melbourne’s northern suburbs have already been isolating because of the East Preston Islamic College outbreak, which began when a family supposed to be isolating mistakenly sent a child back to school.

But Mr Andrews disputed media reports that the family, and others in the area for whom English is a second language, were not provided the translation support they needed.

“The notion that whenever something happens that ought not to happen, that is somehow a fundamental deficiency in our public health response is not fair,” he said.

More than 20,000 warnings have been sent via text and email to taxi and Uber drivers who might have visited the area, asking they go and get tested.

Health workers have been doorknocking homes and new drive-through testing sites are operating across three council areas in the northern region.

Further north, a number of secondary contacts at Sirius College in Broadmeadows and Ilim College are being tested after they were linked to separate close contacts of a confirmed case.