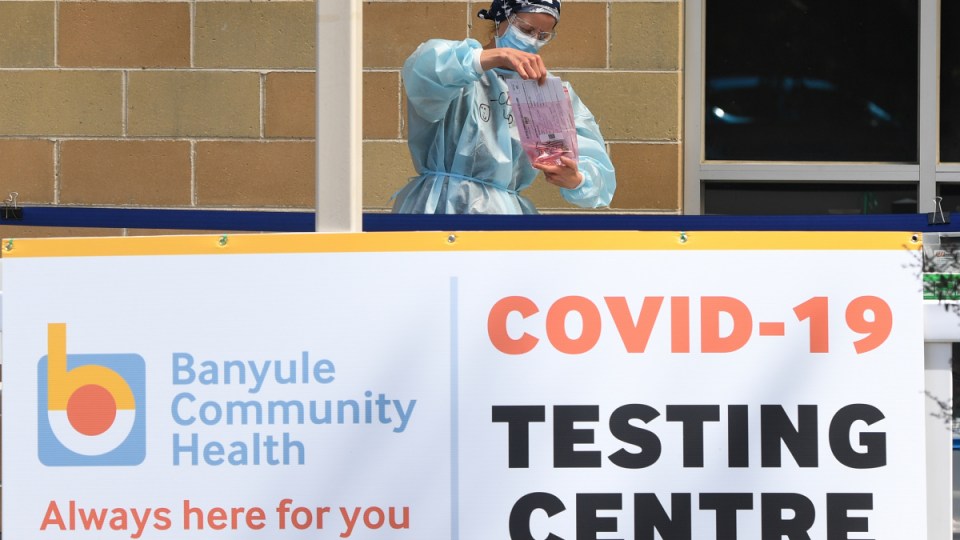 Optimism is growing that further coronavirus restrictions will be eased on Sunday after the state recorded just one new case of coronavirus and no deaths, despite an outbreak in Melbourne’s north.

The state capital’s rolling 14-day average sits at 5.5 while regional Victoria’s is 0.3.

Victorian Premier Daniel Andrews said the government is “well placed to make significant announcements on Sunday and they will be a testament to the absolute determination of the Victorian community to see this thing off.”

“This is a good number. This is a very clear sign that the strategy is working and that we are well placed to be able to have more to say about a program to steadily open up those safe and steady steps towards that COVID normal summer, a COVID normal Christmas and a 2021 that is vastly different to 2020.”

Mr Andrews stressed the relaxation of restrictions would be a steady process.

“It won’t be that a whole range of restrictions come off from Sunday arvo, it will be a lead-in,” he said.

The latest case is a parent from East Preston Islamic College, which is at the centre of outbreak in Melbourne’s northern suburbs.

Mr Andrews revealed no contact had been established between the case and the current outbreak in Melbourne’s north, although investigations are currently underway with the school and the family.

“Their child did not come into contact with the other positive case and that person had not been to the school. There is no link,” Mr Andrews said of the new case on Friday.

“That is why it is a little bit uncertain and we have to try run that to ground. There is obviously some virus in that local community.”

Some 83 families linked to the school are now self-isolating.

Asymptomatic testing will be offered to all members of the school community.

It is expected that more cases will be detected in Melbourne’s north after thousands of residents in multiple suburbs were told to closely monitor for symptoms after the cluster emerged in recent days.

Authorities had been monitoring the outbreak for a fortnight and considered it contained until a year 5 student attended East Preston Islamic College while infectious.

The child should have been self-isolating as they were a close contact of a positive case.

There have been 10 mystery cases in the fortnight to October 22.

The state’s death toll remains at 817 and the national figure 905, with only one death in the past week.

All five of the COVID-19 cases recorded on Thursday are connected to a northern suburbs cluster totalling 36 people across six households.

The school has been closed for deep cleaning, as has the nearby Dallas Brooks Primary School after a close contact was identified there.

Eight hundred primary or secondary contacts have been asked to isolate as have a further 120 people from a social housing block after a resident tested positive.

“We believe there are another 30 or so people that normally reside at the building and we will be testing them over coming days,” contact tracing chief Jeroen Weimar said.

It is hoped all residents of the Broadmeadows housing block will be tested and have their results within 48 hours.

Authorities are door-knocking residents of Broadmeadows, Dallas, Preston, Roxburgh Park and Heidelberg West to urge anyone with coronavirus symptoms to get tested.

Meanwhile, Victoria Police have confirmed they plan to use drones on AFL grand final day.

Melburnians are not allowed to have friends or family visit their home to watch Saturday’s Richmond-Geelong decider, while regional Victorians can only have two people over plus any dependents.

Assistant Commissioner Luke Cornelius confirmed that police will use drones to monitor for illegal public gatherings and insists they won’t “be hovering over people’s pizza ovens in their backyards”.

But Liberty Victoria vice president Julia Kretzenbacher is still not satisfied their use would be “proportionate” with COVID-19 health guidelines.

Meanwhile, a Victorian health department staffer is now subject to a police investigation over a leak of the state’s COVID-19 road map the premier initially dismissed as “out of date”.

No new local cases in NSW

Seven cases were diagnosed in returned overseas travellers in hotel quarantine during the 24-hour period to 8pm on Thursday.

NSW Health repeated its to appeal to the community to attend any of the more than 300 coronavirus testing locations across the state, even if they are only experiencing mild symptoms such as a runny nose or a scratchy throat.

Testing numbers dropped slightly on Thursday, with 13,686 tests recorded during the latest reporting period compared to more than 15,000 in the previous 24 hours.

Relaxation of restrictions loom as Victoria records just one COVID-19 case, no deaths