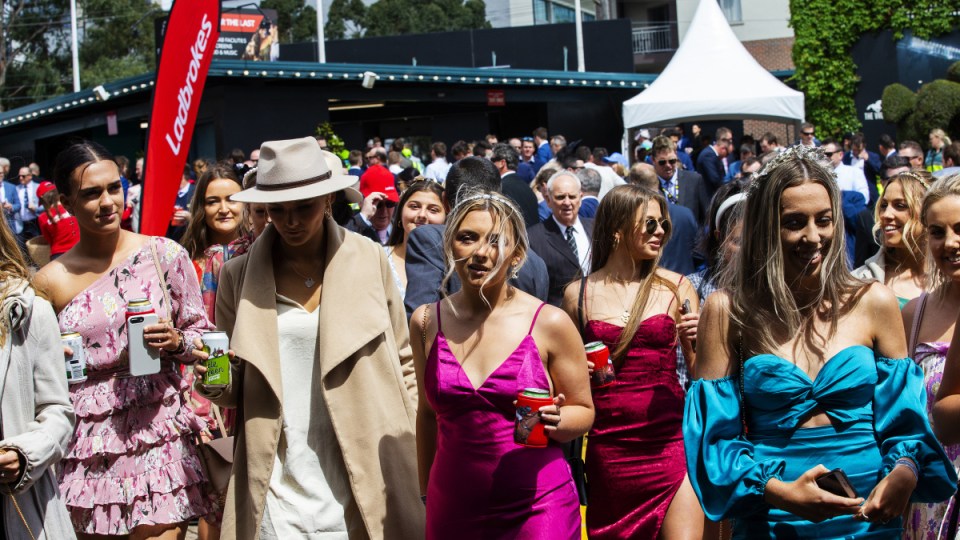 The crowd at the 2019 Cox Plate ... plans were announced (and quickly scrapped) for a much smaller crowd on Saturday. Photo: Getty

Victoria has confirmed three new COVID cases on Wednesday, another single-digit day that has helped to further drag down Melbourne’s 14-day average.

It has fallen to 6.2, as it inches steadily towards the goal of five the state government had set to further wind back virus rules.

Melbourne’s mystery cases – another key benchmark – have also fallen. They are down to 10, from 13 on Tuesday.

In regional Victoria, where there were only three active virus cases on Tuesday, the 14-day average is 0.4 and there are no mystery infections in the crucial fortnight.

“It’s very important that we see this thing off properly, so Sunday will be a day where we can have more to say,” he said.

On Tuesday, the leaders of seven major businesses, including Wesfarmers, Commonwealth Bank of Australia, BHP, Orica, Incitec Pivot, Newcrest and Coca-Cola Amatil sent a joint letter to Mr Andrews pleading for him to allow businesses to reopen.

“We urge you now, in light of the excellent recent progress, to permit the careful and staged return to the workplace of office workers and the small businesses that provide services to them,” they said in the letter cited by the Herald-Sun.

However, the state government has the support of trucking magnate Lindsay Fox. On ABC radio on Wednesday, he urged business leaders and politicians to unite and focus on the virus.

“To the Premier’s credit, he’s had the balls to stay through the problem that started, and he’s carried it through,” he said.

Wednesday’s developments came after political and online outrage prompted the state government to backflip on a controversial call to allow a select group of spectators on course for Saturday’s 100th running of the Cox Plate.

He said he’d spoken to the Moonee Valley Racing Club on Tuesday night and the permission had been taken back.

“You talk about a reversal, I think if you are going to do that it is best to do it quickly.

“I was made very quickly aware of the reaction of the community. I spoke to the Moonee Valley Racing Club and am happy to put my hand up to say my bad and the decision was reversed last night.”

The horse-racing crowd was to have been permitted despite Melbourne’s ongoing limits on socialising – at home and in hospitality venues – severely curtailing any celebrations for this weekend’s AFL grand final.

Victorians have also endured months of being unable to see family, go to funerals, have visitors at the hospital or open their businesses. Ellen Sandell, acting leader of the state Greens, branded the original Moonee Valley decision a kick in the guts.

COVIDSafe arrangements, including a 1000-person course cap, staggered arrivals, temperature checks, social distancing and takeaway only food and beverage services, had been planned.

Mr Pakula had earlier noted the state government had “taken the advice of the chief health officer” when making the change.

Opposition Leader Michael O’Brien questioned why that advice was being “ignored” following the reversal.

“What a shocking pack of frauds,” he tweeted.

Wednesday’s tally of new cases came after just one infection was reported on Tuesday. Victorian health authorities are still investigating whether it is an old, inactive case and should not be included in the daily count.

An expert panel will rule if the person in question is “shedding” non-infectious fragments of the virus after earlier testing positive.

If the case is removed, Tuesday would become Victoria’s first day since June 9 without any virus infections.

There were no new COVID deaths reported on Wednesday, so the state’s death toll remains at 817. The national figure is 905.

Victorian hopes rise after another day of single-digit cases