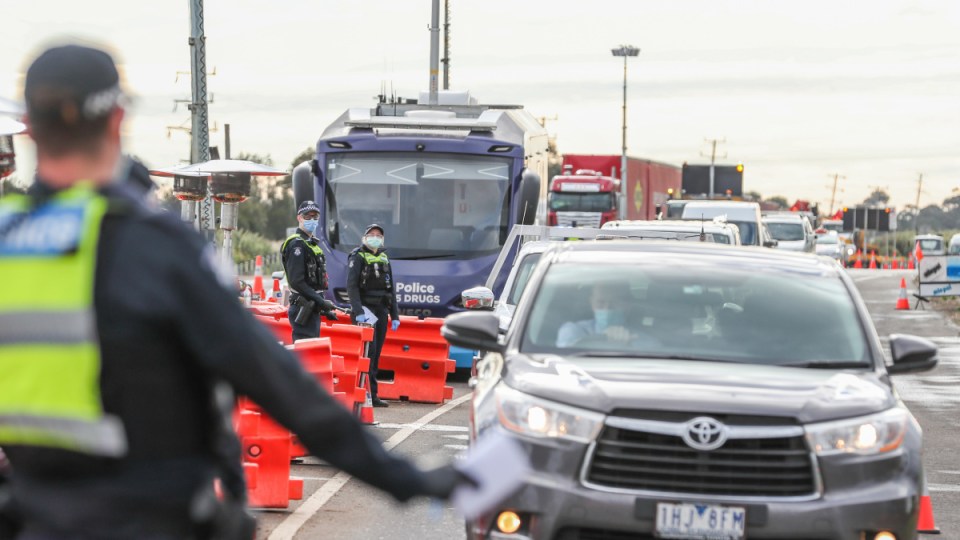 Victoria has notched up its seventh day of single-figure coronavirus cases, with just one more confirmed on Tuesday.

The figure brings Melbourne’s 14-day average down to 6.4, while it is 0.4 for regional Victoria.

The number of mystery cases in the city in the past fortnight has also dropped. It is down to 13, and there are none in the rest of the state.

No new deaths were reported on Tuesday, so Victoria’s COVID toll remains at 817. Australia’s toll is 905.

Tuesday’s figures were delayed by more than an hour because the Department of Health and Human services was checking one case. There is another confirmed infection in a returned Victorian who is in hotel quarantine interstate, and who has not been included in Victoria’s daily tally.

Premier Daniel Andrews will give more information at a briefing later on Tuesday.

The latest figures come as the state government is reportedly looking at scaling back its trouble-plagued hotel quarantine program and using electronic monitoring devices for some returned travellers.

The use of such devices was being considered as one way of making sure returned travellers are isolating, The Age reported on Tuesday.

“It seems to me the idea is a good one, as long as it saves people from something worse,” he told ABC radio.

“I don’t like the idea of electronic monitoring, but if it’s an infringement of individual liberties for the purpose of making the country safer, which is the case, then I think it’s justifiable.

“If it saves you the horror of being locked up in a hotel room for two weeks, then I think it’s justifiable as well.”

Earlier, Mr Andrews reassured Melburnians they would not have to wait until 2021 before they can travel to regional areas.

The so-called “ring of steel” separating metropolitan Melbourne from regional Victoria remains in place, despite this week’s easing of some coronavirus restrictions in the city.

Mr Andrews wants that restriction and others eased before Christmas, but has yet to commit to a date.

Shepparton and Kilmore have been mopping up outbreaks in recent weeks after a COVID-positive truck driver from Melbourne stopped in the regional centres.

“They don’t want a situation where that’s put at risk by people making trips to into regional Victoria that aren’t absolutely necessary,” he said on Monday.

“There will come a time when you can have that discretionary trip – see family, see friends … go and spent money in wonderful tourist locations – but that isn’t yet.”

It came as the Premier conceded New Zealanders could enter Victoria, despite the state not signing up to be a part of the trans-Tasman travel bubble.

“It seems like the bubble applies to every part of our country, not just those that said yes,” Mr Andrews said.

“We are not particularly pleased that we were asked the question, ‘Do you want to be in a bubble?’ And it turns out that even though we said ‘no’, we are.”

About 65 Kiwis have travelled from Sydney on to Melbourne since the arrangement began on Friday.

Mr Andrews maintains the federal government did not inform him New Zealanders arriving in Sydney were entitled to travel beyond the participating states of the NSW, ACT and Northern Territory.

The Victorian Department of Health and Human Services’ website has since been updated to accommodate the new situation.