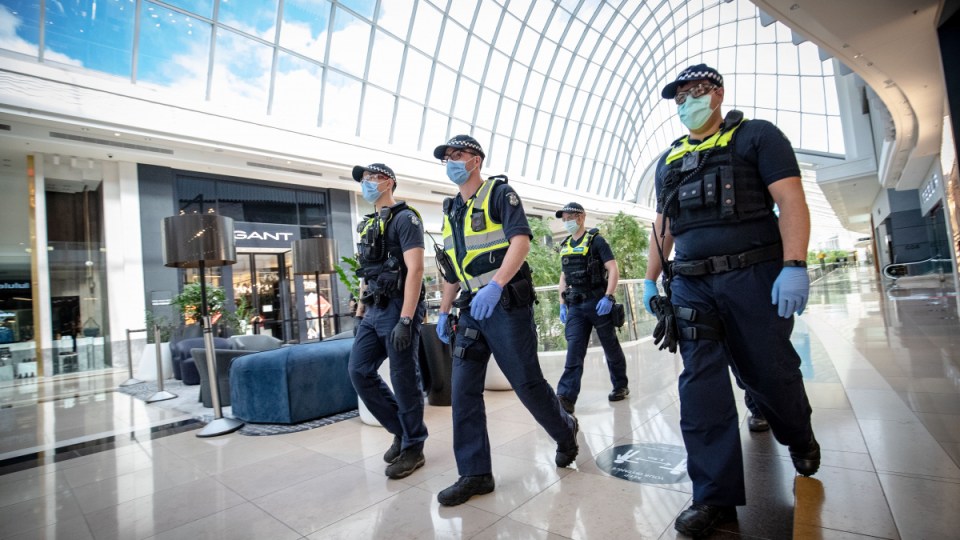 They take the national toll from the pandemic to 904, including 816 in Victoria.

But in more welcome news, Victoria’s new virus infections were back in single figures on Wednesday, with just seven reported.

Melbourne’s key 14-day average has ticked back down under 10 with the latest update – it is 9.6. There have been 14 mystery cases in the city in the past fortnight.

In regional Victoria, where at least three positive cases were confirmed overnight, the 14-day average is 0.6.

But health authorities have already confirmed the infections of three people in the regional Victorian town of Shepparton, 160 kilometres north of Melbourne.

The ABC was also reporting a fourth case, in Bairnsdale in Victoria’s far east, on Wednesday. It is reportedly a year 12 student at a local high school, although he has been not been in class because of remote learning.

The new Shepparton cases, linked to Melbourne’s Chadstone outbreak, were announced late on Tuesday by the state’s commander of testing, Jeroen Weimar.

“We have three active cases that are self-isolating at home and are being monitored by Goulburn Valley Health,” he said.

Contact tracing is underway and everyone in the town has been urged to get tested for the virus.

“We expect as part of that effort, further cases will be discovered,” Mr Weimar said.

He said the Shepparton cluster was linked to the shopping centre outbreak, and cases in Kilmore (also in Victoria’s north) last week.

“An individual who had a permit to travel into regional Victoria, as well as stopping off in Kilmore also stopped off in Shepparton,” Mr Weirmar told Melbourne radio on Wednesday.

From Wednesday, testing sites will open at GV Health’s Acute Respiratory Clinic in Shepparton and at the town’s showgrounds, with more expected to follow.

Health authorities have advised all Shepparton residents get tested and stay at home until they get their results.

Victoria had 12 new cases on Tuesday – its sixth straight day of double-digit infections. NSW had 13, including seven from community transmission.

Asking why Victorians were still subject to a strict lockdown unlike their northern neighbours, Professor Sutton said the circumstances were not the same.

“The differences are really profound,” he said.

“Through this second wave, the 20,000 cases that occurred across Victoria settled into the hardest cohorts and populations across the state.

Elsewhere, an opposition no-confidence motion against Premier Daniel Andrews handling of the pandemic failed in parliament on Tuesday night.

On Tuesday, Mr Andrews reiterated Victoria’s roadmap out of lockdown would likely be revised when he unveiled some rule relaxations on Sunday (October 18).

Elsewhere, Nazareth College in Melbourne’s south-east has been cleared to reopen on Wednesday after a year 12 student tested positive earlier in the week.