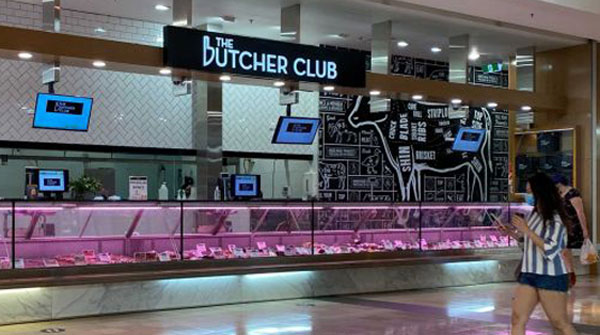 Victoria had 15 more coronavirus infections on Tuesday – its highest daily count in nearly a week – as its largest cluster spread the length of Melbourne and another outbreak emerged just north of the city.

“The Chadstone outbreak is an illustration, again, of just how significantly this can spread far and wide. And the particular challenges we have in outbreak management,” chief health officer Brett Sutton said on Tuesday.

That outbreak has grown to 28 infections – including eight staff, 11 family and household members of existing cases and four customers of the Butcher Club at the shopping centre.

There is also an outbreak of two cases centred on a cafe in Kilmore in regional Victoria, 74 kilometres north of Melbourne, which is being considered separately.

“When there’s a case here, you’re not looking at one or two other contacts, you’re looking at five or six or seven or eight or nine routinely for every household.

Despite the jump in infections on Tuesday, Melbourne’s benchmark 14-day average is down to 10.6. Under the city’s proposed path out of lockdown, the average must be below five for it to take the next step.

Asked on Monday – when Victoria had just nine cases – if the city was on track, Professor Sutton said: “My gut feeling is it will be a line ball. It’s not certain one way or the other.”

The plan also requires fewer than five mystery cases statewide for a fortnight before rules will be wound back. On Tuesday, that figure for Melbourne was 13, while it was zero in regional Victoria.

“I don’t like to see a number that’s in double figures and not in single figures, and no one obsesses over the daily numbers more than me or my team,” he said.

“They are, again, predominantly related to known cases, to outbreaks, and we have to get on top of the outbreaks to really drive these numbers down.”

But, Professor Sutton said he had confidence in Victoria’s contact tracing and the ability of authorities to quash complex outbreaks of the virus.

“Even though this has gotten to a point where it spread very widely, the
recent Frankston outbreak now has control in terms of new cases not emerging. The Hallam outbreak the same. Complex, large, across multiple sites, but ultimately, completely controllable.”

He said it was still possible for Melbourne to have an average of fewer than five cases a day by mid-October as numbers were driven down further.