Water gushes from the leaking dam as emergency try to lower the water level. Photo: ABC

More than 100 people will have to spend another night away from their homes over fears a leaking dam south of Geelong could burst.

Victoria’s State Emergency Service engineers are working around the clock to pump water out of a 180-megalitre private dam in Torquay after leaks were identified, putting the structure at risk.

Affected local residents were told in a community meeting on Saturday afternoon that six pumps were being used to reduce the water in the dam to ground level – about 60 megalitres’ worth.

Pumping out the water will take pressure off the dam.

Engineers do not know the cause of the dam’s leaks and are “digging and exploring” in backyards and the surrounding area, incident controller Alistair Drayton said.

“We’re putting on as much pumping capacity as we can for engineers to remove water as quickly as possible,” he said. 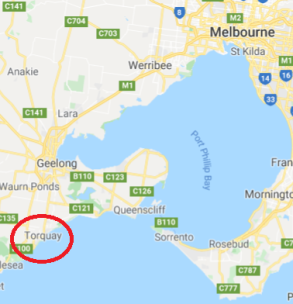 Volunteers knocked on doors at over 40 homes around 1.30am on Saturday, telling 109 people to leave. A few residents refused to leave but are fully aware of the situation.

Residents have to remain in alternative accommodation for another night, but will likely be allowed to return home on Sunday afternoon once the dam’s water level is lower.

Several properties have dam water in their backyards, which the SES has told them not to go near as it is recycled water.

Victoria Police are in the area to support local residents and the Surf Coast Shire council is offering support to residents.

The Environmental Protection Authority and Parks Victoria are on the scene.

The SES said it is not at liberty to name the owner of the private dam.