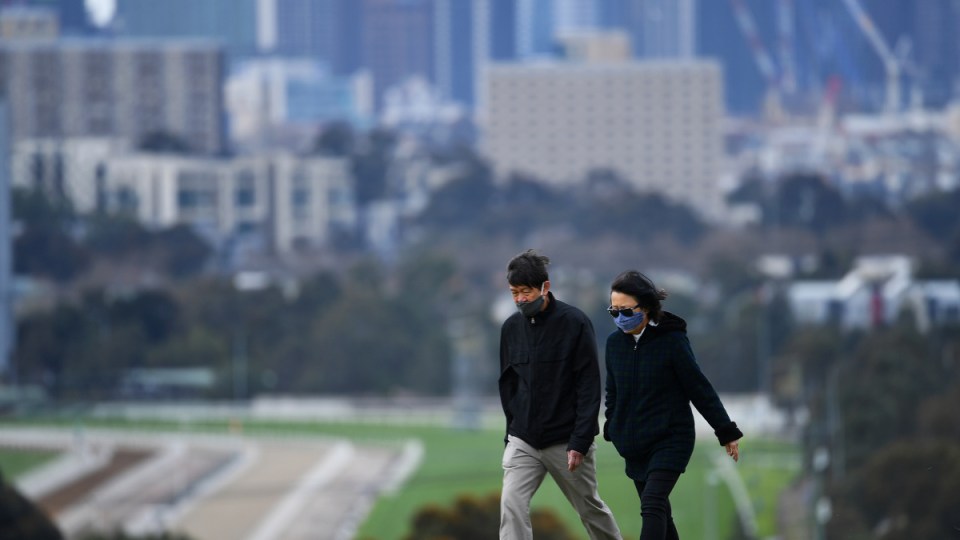 Victoria has had one more coronavirus death as Melbourne’s new case average continues to fall.

There were 12 new cases, while Melbourne’s 14-day average fell again on Saturday to 23.6.

It is only 0.8 in regional Victoria.

The death takes the state toll to 782 and the national figure to 870.

The latest figures are an encouraging sign for Victorians hoping to see a relaxation of coronavirus rules.

Premier Daniel Andrews has indicated that more restrictions will be eased from Monday than originally outlined as the state’s case numbers were dropping “ahead of schedule”.

The trigger for the second step in Melbourne’s ‘road map to reopening’ is a 14-day average between 30 and 50 cases.

Under the current road map this step will allow outdoor public gatherings of up to five people from up to two households, and permit childcare services to reopen.

Meanwhile, after six weeks of hearings at the $3 million hotel inquiry, it is still not known who made the decision to use security guards instead of the police or the Australian Defence Force, which assisted in other states.

The Premier, Health Minister Jenny Mikakos, Jobs Minister Martin Pakula and Police Minister Lisa Neville have all denied being involved in the decision.

Mr Andrews was the much-awaited final appearance at the inquiry on Friday and said he was disappointed no one in his government knows who made the fateful decision.

“There’s just no one who says it was them. Are you aware of that?”, counsel assisting the inquiry Rachel Ellyard asked.

“I am,” the Premier replied.

Ms Ellyard said a potential explanation was that it “wasn’t really a decision consciously made by anyone but rather a kind of creeping assumption that formed amongst a group”.

“That would be even more concerning to me because that’s not a decision at all. That’s just a series of assumptions,” Mr Andrews said.

While the political heat is high, the two-week rolling average of new daily cases continues to trend lower.

Melburnians are waiting for the easing of restrictions on Monday, though the Premier has tried to temper expectations.

He has flagged the next scheduled “step” on October 26 could be changed, depending on improving case numbers.

Proposed changes for Monday include a staged return to school for some students and an allowance for outdoor gatherings of five people from two households.

Meanwhile, anti-lockdown protesters are again expected to express their frustration over the weekend.

Protesters are expected to gather in undisclosed locations to defy restrictions.