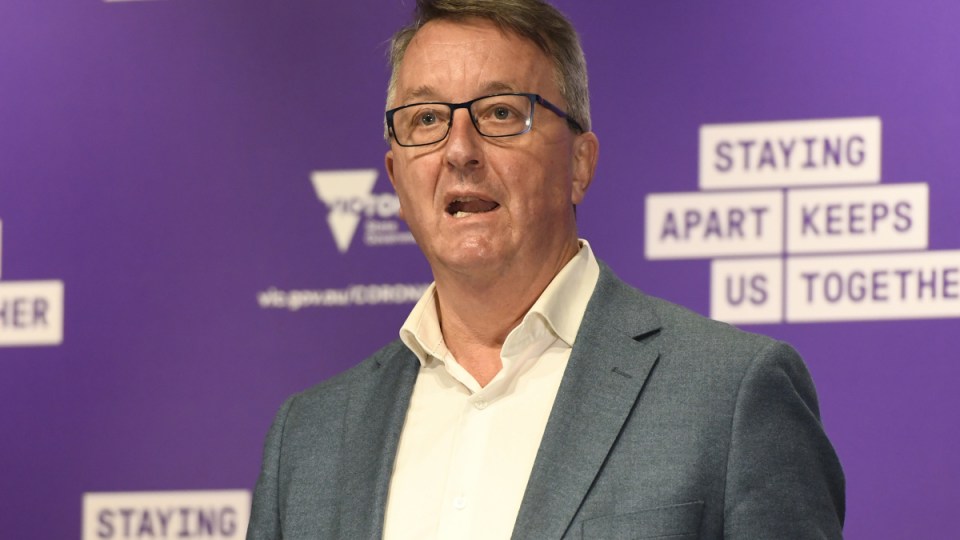 Mr Foley, the Victorian Minister for Mental Health, will replace Jenny Mikakos, who announced on Saturday that she would step down from her portfolio and resign from Parliament.

When asked if Ms Mikakos was given an ultimatum demanding her resignation, Victorian Premier Daniel Andrews insisted the decision was hers.

“I did not speak to the minister before she resigned, and I have not spoken to her since,” he said.

“She sent me a text … to inform me of the fact that a letter had been sent.”

“I’ve made the point repeatedly that the ultimate accountability is with me.”

“She obviously believes that’s the appropriate course of action, otherwise she wouldn’t have taken it … I am not going to run through a list of different issues, many of which are not established yet.”

When asked whether he would resign himself, Mr Andrews was straightforward in his response.

“No, I will not. I don’t run from problems and challenges. I’ve got a very important job to do, which is to continue to get these case numbers down and then to begin the biggest recovery project that our state has ever seen.

“I don’t run from challenges.”

Mr Andrews refused to engage about the process surrounding Ms Mikakos’ resignation and his testimony at yesterday’s inquiry, which some observers felt left the former health minister with no choice but to stand down.

“My colleagues – they know and understand who I am, what I am all about and my record. I don’t think it’s appropriate: I’ve never done it before and I’m not about to start speaking to my colleagues via, with respect, all of you people,” he said.

“That’s not the way my government works.”

Mr Foley is to be sworn in later today.

Mr Andrews refused to be drawn on commentary that Ms Mikakos is responsible for the second wave of the pandemic.

“As I’ve said to you many times there’s an inquiry going on and I made the judgement that I was not going be answering questions that were absolutely central to the work of the inquiry. That’s not appropriate.”

The Premier was asked if he had spoken with Ms Mikakos  about her performance in the health portfolio.

“I don’t believe I have had many conversations with her and colleagues over a very long period of time, I don’t think I have needed to have a conversation like that,” he responded.

Mr Andrews was pressed on whether he refused an offer for ADF support in the security of the hotel quarantine program.

“I won’t go to the details of discussions at National Cabinet but I’ll speak to you about what I took away from that meeting, having been in that room,” he said.

“At the press conference shortly thereafter the Prime Minister made a more general offer and I acknowledge that, and that’s the start and the finish of it.”

Mr Andrews was asked whether he would like a woman to replace Ms Mikakos.

“I think my record in relation to the advancement of women in our party and our government is known, and ultimately it will be a decision for the national executive to determine who will fill that seat.”

He said he stood by police minister Lisa Neville and jobs minister Martin Pakula, who were not consulted about hotel quarantine, insisting they had his absolute confidence.

The Premier struck a cautiously optimistic note around the progress Victoria has made in combating the second wave of the coronavirus.

“We are not throwing the doors open tomorrow – the place is not opened up tomorrow – and I’ve tried to be clear about that.

“But people can be optimistic and positive about the fact that these numbers are coming down. Once you get them low, you can keep them low.

“That’s what the science and logic tells you.”