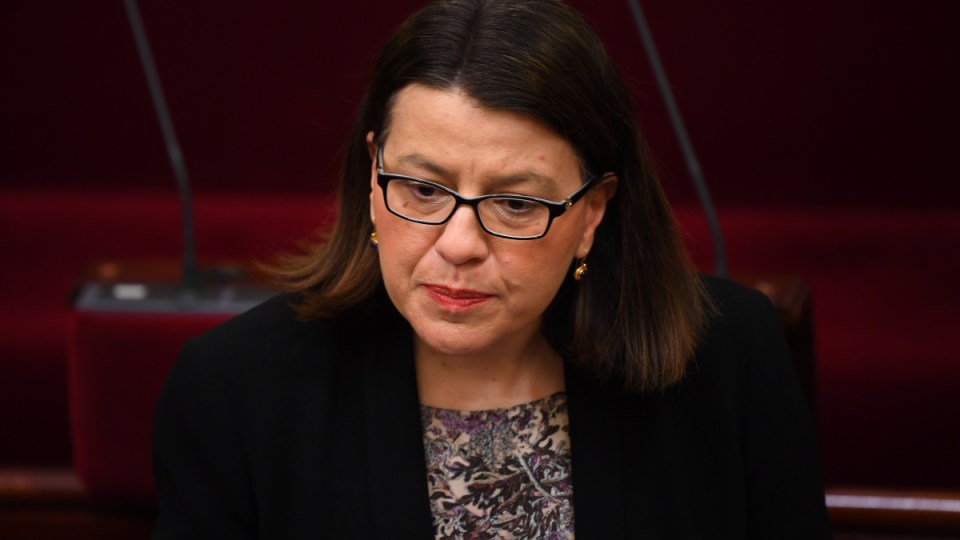 Victoria’s Health Minister Jenny Mikakos has resigned from her portfolio amid growing pressure over her role in the state’s coronavirus hotel quarantine program.

Ms Mikakos announced she was standing down on social media, declaring she was responsible for the hotel quarantine program.

On Friday, Premier Daniel Andrews provided testimony where he said Ms Mikakos was responsible for the program.

Ms Mikakos had denied any part in the decision to use private security, rather than police or the Australian Defence Force.

Not one person who gave evidence to the inquiry was able to say who made that decision.

Ms Mikakos defended her handling of the pandemic, and said she disagreed with parts of Mr Andrews statement to the inquiry.

“I have never wanted to leave a job unfinished,” she said.

“But in light of the Premier’s statement to the board of inquiry and the fact that there are elements in it that I strongly disagree with, I believe that I cannot continue to serve in this Cabinet.”

She said when the case numbers in Melbourne started to rise again in June, she sought an explanation and on June 30 received a briefing on a genomic sequencing report.

The report confirmed the link between the hotel quarantine program and Victoria’s second wave.

“To say that I was shocked would be a massive understatement,” Ms Mikakos said.

“As I said to the board of inquiry, I take responsibility for my department, the buck stops with me.”

However, Ms Mikakos said that with the benefit of hindsight there were matters her department should have briefed her on.

“I am deeply sorry for the situation that Victorians find themselves in,” she said.

“In good conscience, I do not believe that my actions led to them.”

Victoria’s second wave has resulted in more than 780 deaths and prompted weeks of strict lockdown measures for Melbourne.

Ms Mikakos’ comments follow her appearance at the hotel quarantine inquiry on Thursday, where she said she was “very disappointed” problems identified with the program early on were not raised with her.

Ms Mikakos said she did not know Public Health Commander Finn Romanes had written to Department of Health and Human Services secretary Kym Peake on April 9, warning of a “risk to the health and safety of detainees” due to governance issues.

The letter was backed by chief health officer Brett Sutton and his deputy Annaliese van Diemen.

“He can’t think by Mikakos going all is fine,” she tweeted.

Influential crossbench MP Fiona Patten released a statement saying she had known Ms Mikakos for 20 years and had been grateful for being given a fair hearing despite their differences.

“It has been an extraordinary time for us all but especially so if you are the health minister,” Ms Patten said.

“Jenny has carried herself remarkably well during these difficult times.”

NSW Health Minister Brad Hazzard said he was sorry to see Ms Mikakos resign and she had worked “tirelessly” through the pandemic.

“Premier Andrews’ assertion that the Health Minister was responsible for the Quarantine system lacks logic,” he tweeted.

“How could a health minister direct police to be involved?”

Prime Minister Scott Morrison said on Saturday he would not get involved in recriminations following the hotel quarantine inquiry.

“I don’t think it helps, my commentary on those matters,” he said.