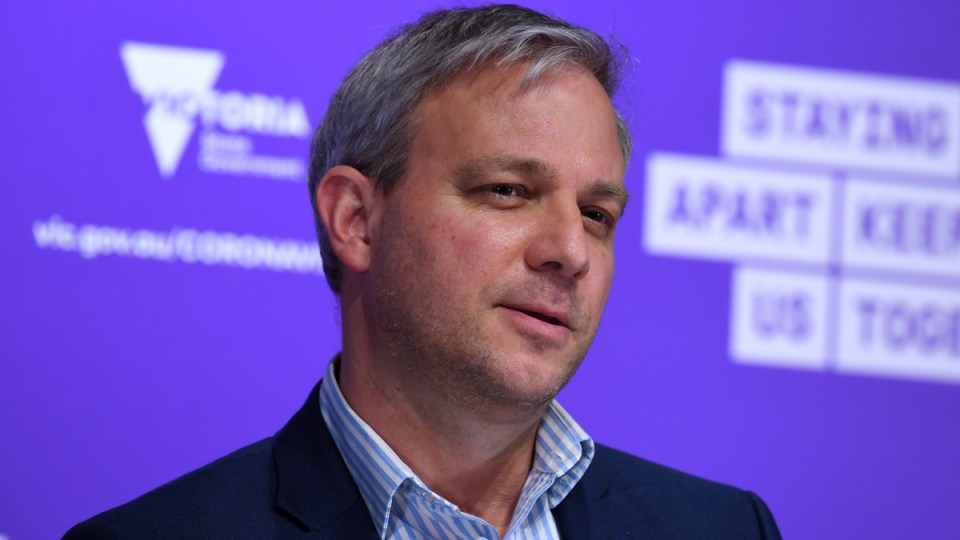 Victoria's chief health officer Brett Sutton says the state is at the "stubborn" tail of the epidemic. Photo: AAP

Victorian Chief Health Officer Brett Sutton believes the state is well on the way to defeating the coronavirus.

“We are on the winning stretch now, there’s no question,” he said.

“This is the last gasp of the virus, and we need to work harder than maybe we’ve ever done before to make sure that that last gasp is, indeed, the last one.

“Being on the other side of that, there will be significant rewards. This is just the reality of this virus.”

Fifty-nine deaths were reported in Victoria yesterday, however 53 of those were historical aged-care deaths.

Six of the deaths occurred in the past 24 hours and five in previous “recent days”.

Saturday’s statistics take the state’s death toll to 661 and the national count to 748.

Victorian Premier Daniel Andrews is preparing to release on Sunday the “road map” out of the stage-four coronavirus restrictions imposed in early August.

“There will be outbreaks, there will be hopefully very small numbers of additional cases in the weeks and months to come, but (it’s) got to be a fair fight,” Mr Andrews told reporters.

“(The strategy) will give us a COVID normal that we can lock in so that as we look to Christmas and to 2021, we have every confidence we can have a stable set of rules, we can find that COVID normal, we can save lives and livelihoods, open up.

“Not to be open for just a few weeks, but be open for as long as it takes to see this (pandemic) off until a vaccine arrives … that is the strategy.”

Mr Andrews said meetings would be held well into Saturday evening about the plan for Victoria’s recovery.

“Those decisions have not been finalised yet,” he said, giving only a framework of what will be included.

Mr Andrews said an outline would be provided for Melbourne and regional Victoria including a series of “triggers” around restriction lifting.

“(These) will be designed not to keep people locked in for a moment longer than they need to be, but instead to ease out of these restrictions in a steady and safe way,” he said.

“It is critical to us having the most complete picture of where this virus is, how it’s presenting,” he said.

“It gives us the best sense of what we’re up against, and that means we can make much better decisions to find that lasting COVID normal, that can only be found after we have a slow, steady, and safe easing.”

There are now 1956 active cases in Victoria, including 102 in regional areas.

Dr Sutton echoed the Premier’s calls for patience and persistence in the battle against the virus.

“If we can do everything that’s required now, we will drive those numbers down and we will get to a point where we can keep them down,” he said

Meanwhile, police are urging people to adhere to restrictions on community movement as some groups air plans for protest rallies against the measures.

“There is a very visible, very significant police presence in the city,” he said.

“Some people have forecast that they in a selfish, dangerous and unlawful way protest and police are taking appropriate steps.”