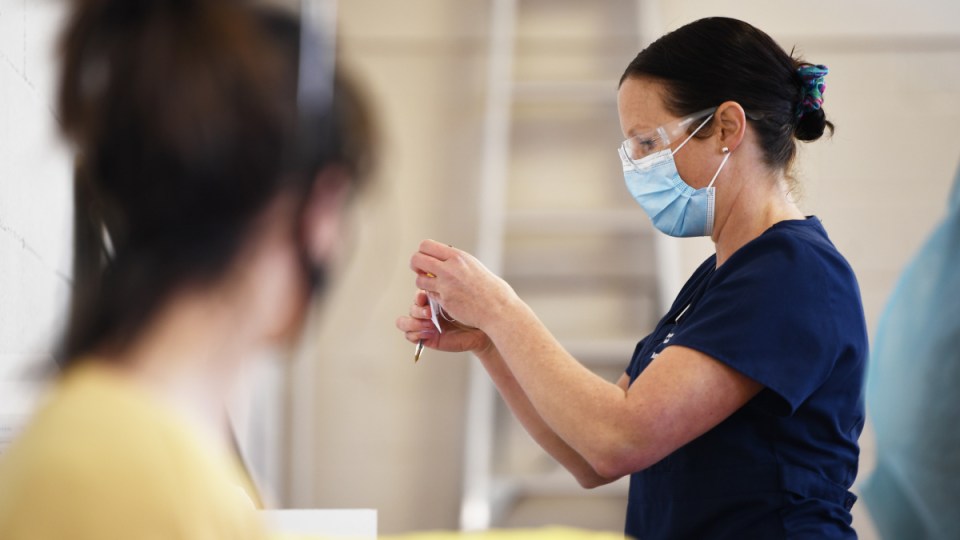 The latest cases take the state’s toll from the virus to 576 and the national figure to 663.

The deaths included five males in their 80s and one male in his 90s.

All six deaths are related to outbreaks in aged-care facilities.

There are 416 active cases in hospital, all of whom are receiving care, with 13 on a ventilator.

Premier Daniel Andrews called on any Victorian with even the mildest of symptoms to “please come forward and get tested”.

“The turnaround time is much faster now than it has perhaps ever been, with the majority of those results back within 24 hours.

“It is essential to us defeating this second wave.”

Mr Andrews confirmed there are 2415 active cases across the state, of whom 332 are healthcare workers.

“The burden of our cases are really in 25 or so local government areas, so there is a concentration that remains in the north and west, but also in Casey in the south-east,” Dr Sutton said.

“There is diminished activity in a lot of government in our local government areas, especially regional Victoria, which is how we want it to be and how we want to keep it.”

The latest figures come as Victoria’s state of emergency powers were extended by six months after passing Parliament.

A surprise intervention by Greens MP Samantha Ratnam, who returned from maternity leave to vote for the amended bill, enabled it to become law early on Wednesday morning.

“I felt it was just too important that I had to be here,” she told reporters as she arrived at parliament with two-month-old Malala.

The bill passed just before 2am on Wednesday, with 20 votes in favour and 19 against.

The current state of emergency was due to expire on September 13, along with Melbourne’s stage-four lockdown and regional Victoria’s stage three rules.

The state government on Sunday will release its plans to move both Melbourne and regional Victoria out of restrictions, noting they will be different.

Active case numbers outside of the capital have plummeted to 139.

“Given the low case numbers it will be possible for us to have different settings in regional Victoria, and a different timeline and road map compared to what will be essential in metropolitan Melbourne,” the Premier said.

Health authorities in NSW have confirmed 17 new coronavirus infections in the 24 hours to 8:00pm yesterday.

One case is in hotel quarantine and one has no known source.

Nearly 20,000 people were tested in the reporting period.

Premier Gladys Berejiklian today made a renewed plea for more people across NSW to wear masks in supermarkets, public transport and places of worship.

“It’s a better way to keep yourself safe … but it’s not only about you, it’s about everyone else around you,” she said.

Premier Annastacia Palaszczuk said the latest results were linked to existing cases and authorities were comfortable with the results.

She said the cases in south-east Queensland were “contained” and did not consider the current outbreak significant.

The active cases are linked to the cluster which has spread from the Brisbane Youth Detention Centre and the Queensland Corrective Services Academy.