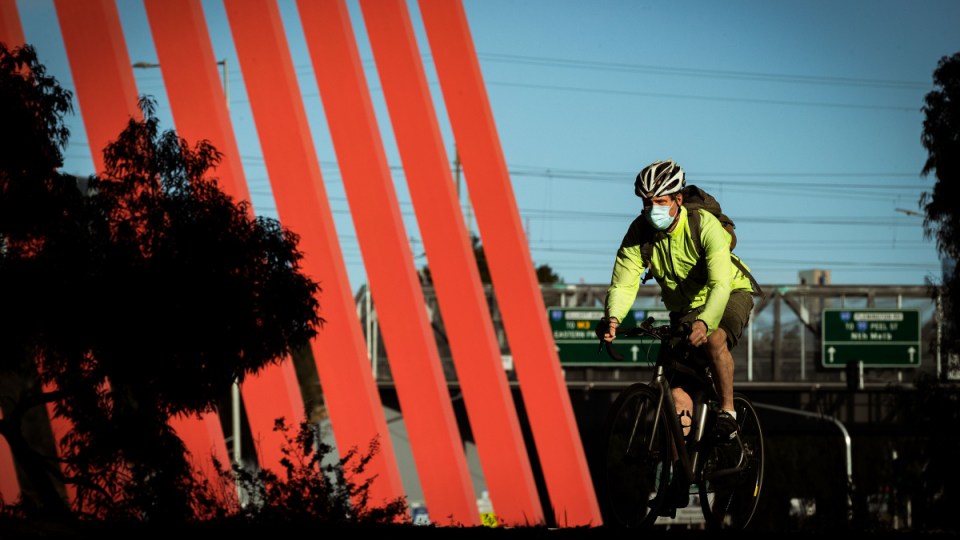 Victoria appears to be getting on top of its second wave, but the easing of restrictions on September 13 is not guaranteed. Photo: Getty

The fatalities take the state’s virus death toll to 570, but are far short of the record 41 reported on Monday. Many of those deaths dated from as far back as early July, and were reported by aged-care homes at the weekend.

Tuesday’s coronavirus toll is the state’s lowest since four deaths confirmed on August 15. Since then, fatalities have been in double digits on almost every day.

Tuesday’s infection figures are down from 73 on Monday and continue a recent double-figure trend as Melbourne nears the end of its six-week shutdown to quell its deadly second wave of the virus.

Premier Daniel Andrews will give more details at a briefing later on Tuesday.

Elsewhere, the Victorian parliament was to return on Tuesday, with Mr Andrews believed to have garnered enough support to pass a revised six-month extension to state of emergency powers.

The state government has been in talks to win approval for the extension from wary crossbenchers. Otherwise, Victoria’s state of emergency provisions will expire on September 13, after first being imposed in March and having had the maximum six months of extensions.

Mr Andrews had wanted the ability to have 12 more months, but he will likely have to compromise ahead of parliament voting on the amendment on Tuesday.

Key crossbencher Fiona Patten has indicated she could get behind a sixth-month extension, but only if the state of emergency is justified to the minor parties and independents once a month.

Victoria’s police, doctors, nurses and paramedics unions have all publicly called for the powers to be extended.

On Monday, Mr Andrews reiterated discussions with the crossbench were ongoing.

Labor will have to pass the bill without the backing of ex-party factional powerbroker Adem Somyurek, who said he will abstain from voting on any bills until a corruption watchdog probe is finalised over alleged branch stacking.

Melbourne is subject to at least 12 more days of strict Stage 4 restrictions, including an 8pm to 5am curfew and a ban on travelling beyond a five kilometres radius of home.

Both sets of rules were imposed under separate state of disaster powers.

But lockdown-weary Victorians will soon be given a glimpse of the light at the end of the tunnel, with the state government’s plan for reigniting the economy to be unveiled on Sunday.

But Mr Andrews has refused to say if restrictions will definitely end on September 13.

“We can’t rule out settings in two weeks time – it is very difficult to know what those settings will be,” he said on Monday.

“We know and understand that if we were to open up with numbers anything like what we have had, even with a really positive trend, then those numbers will explode. You will lose control of this again.”