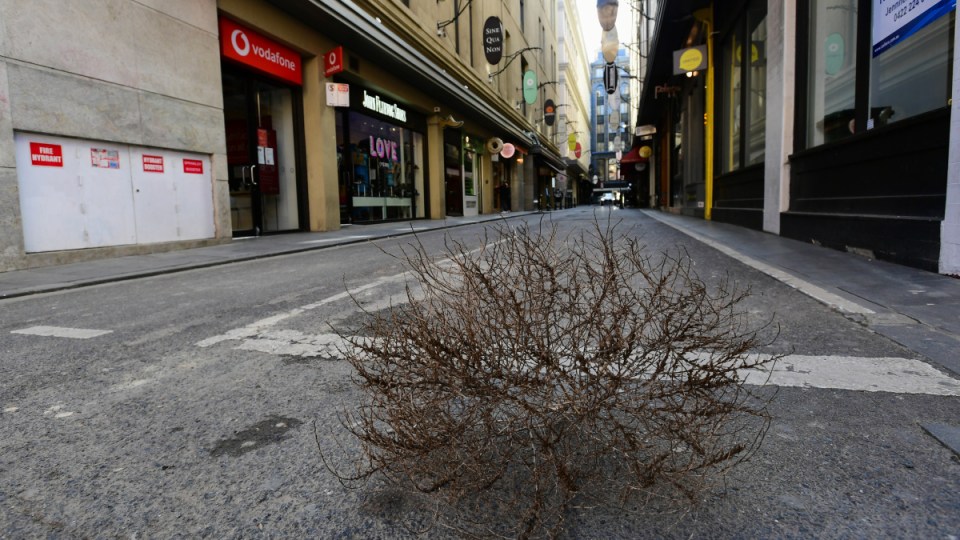 An empty Degraves Street, in the Melbourne CBD. Photo: AAP

Victorians will learn next Sunday how their lives will change after the strict virus shutdown they have been living with for more than a month.

Premier Daniel Andrews said he would unveil his plan for the state beyond the Melbourne shutdown and regional restrictions on September 6 – although he has refused to confirm that the Stage 3 and 4 measures will definitely end on September 13, as originally forecast.

“We can’t rule out settings in two weeks time – it is very difficult to know what those settings will be,” he said on Monday.

“We know and understand that if we were to open up with numbers anything like what we have had, even with a really positive trend, then those numbers will explode. You will lose control of this again.”

Victoria had 73 new coronavirus infections on Monday – its lowest daily tally in eight weeks, and well down on the 114 reported on Sunday.

But COVID fatalities surged to 41, with the inclusion of 33 aged-care deaths not previously reported to the state’s Department of Health and Human Services.

Along with eight deaths from Sunday, they took Victoria’s virus toll to 565. The national toll is 652.

“It is heartbreaking to see a number of that magnitude, but it is a reflection of just how vulnerable those populations are.”

Professor Sutton said Victoria was on “a good track” for daily case numbers to fall below 50 by the end of the week.

“There is a great deal of uncertainty around the tail of any epidemic. We are in a wave that is more complex than the first one we tackled,” he said.

But the state’s falling numbers of new infections meant contact tracing became more certain, and it was easier to see where community transmission was occurring.

Mr Andrews said another week’s data would be crucial in working out which restrictions should ease in September.

“It is too early today to settle that roadmap and to lock that in,” he said.

He said there would be intense discussions this week with business groups, unions and community groups.

“I know that Victorians also want the clearest picture possible of what the next phase looks like. We cannot provide that certainty today,” he said.

“They are significant announcements, that is a clear timeline, and one that I think will be very well received by the Victorian community.”

Mr Andrews’ announcement came as the federal government ramped up pressure on him to reveal more details about the future for Victoria on Monday.

Victoria needed a plan to reopen businesses, to help minimise the economic toll on the state and Australia as a whole, he said.

“The damage is immense, yet the Premier hasn’t provided a road map out.”

The Victorian government’s rules for business 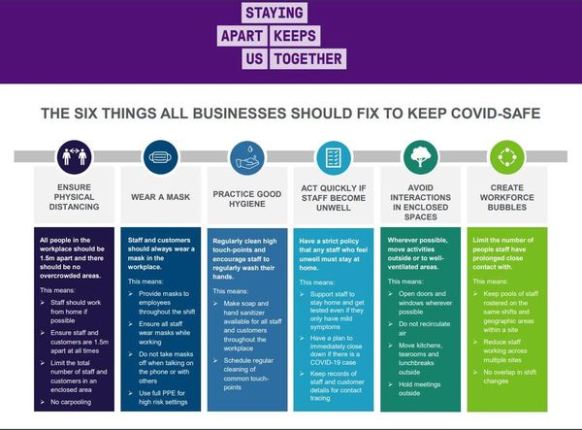 There were also some hints as to what Victoria’s new “COVID normal” will look like beyond Stage 3 and 4. They included:

Premier sets date to reveal his post-shutdown plans for Victoria