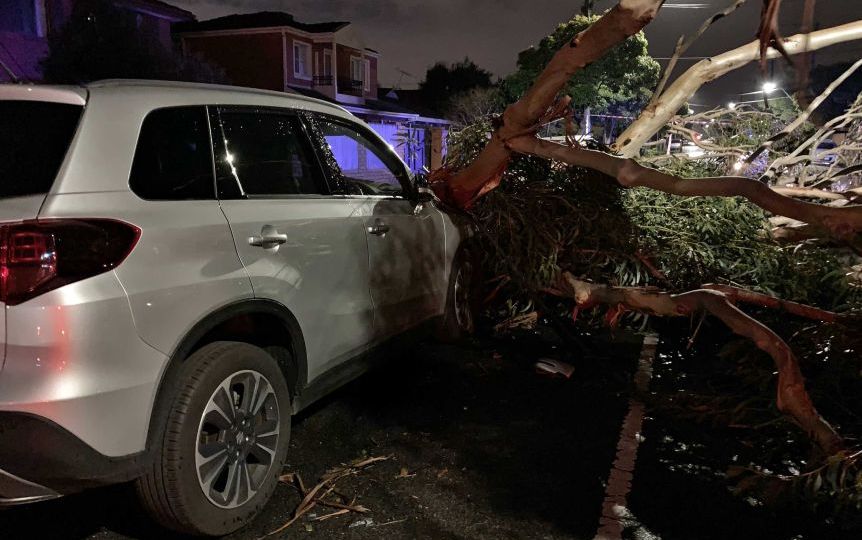 A warning about potentially unsafe drinking water is still in place for about 200,000 households across 101 Melbourne suburbs after a fatal storm struck the state late on Thursday night.

Thousands of homes are still without power and officials have warned it could take a few days for power to be restored in some areas.

The storm claimed the lives of three people yesterday, including four-year-old Ayan Kapoor, who was killed by a falling tree.

The boy was walking with his father and younger sister near their home at Blackburn South, in Melbourne’s east, when he was suddenly hit.

The boy’s aunt said the family had not been outside for very long when the tragedy happened.

“His father was just trying to get him out, but he was not breathing at all,” she told Channel Nine.

“He’s such a jolly boy, he’s calling me everyday.”

Two other people, a 59-year-old Tecoma man and a 36-year-old woman from Parkdale, died after trees fell on their cars.

Boil water notice in place for more than 100 suburbs

Late on Saturday morning, Premier Daniel Andrews said water agencies were working “around the clock to check water quality” but people in the 101 suburbs should continue to boil their water.

He said the contamination precautions applied to about 200,000 households across Melbourne.

“It is very, very important people have that extra precaution, a rolling boil so that people are not getting sick because of the unavoidable issues with power at one particular water treatment plant,” he said.

The Premier said the order “won’t be there any longer than it needs to be”.

In a tweet, Yarra Valley Water said it was testing water quality, and the order was a precaution to “minimise risk”.

Mikala Hehir, of South East Water, said they hoped to have the issue resolved by the end of the day.

“If you want to drink the water, please boil it first, take it to a rolling boil, and then let it cool, be careful not to scald yourself and that water should be fine,” she said.

“Or if you can’t boil your water please go to one of the water tankers where we can give you water.”

Restoration of power in some areas could still take days

Power was restored to more than 100,000 homes on Friday but about 13,000 customers were still waiting by midday Saturday.

AusNet services spokesman Steve Brown warned it could be a few days for some areas.

“There is still a lot of damage out there though so we’ll be doing our best to get as many people back as possible,” he said.

“But it was a very severe weather event, so for some people it could be some days but we’re going to try and get as many people on as possible.”

AusNet said on Saturday afternoon that damaging winds forecast for much of the state on Sunday could impact its ability to safely restore power.

Social media was flooded with photos of crumpled cars and crushed roofs.

Strong winds of up to 124 kilometres per hour felled huge trees, leaving them strewn across roads.

The disaster saw the Department of Health and Human Services update their advice about stay-at-home orders for those affected by the damage.

The suburbs affected by the boil water order are: