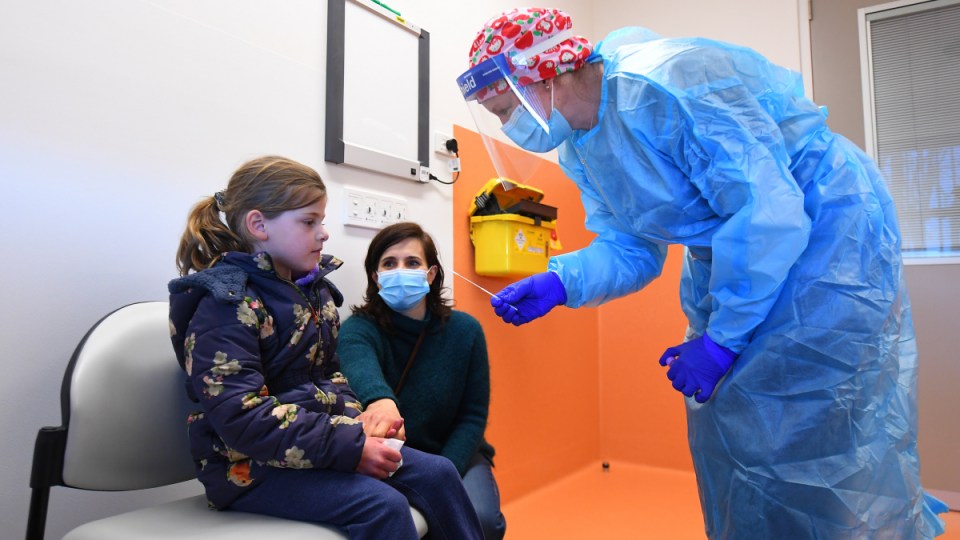 Victoria has recorded four deaths and 303 new cases of coronavirus in the past 24 hours.

The figure represents an improvement on yesterday’s figure of 372 cases and 14 deaths and comes down from a peak of 725 new cases in a day.

“It probably is a blip,” Mr Sutton said.

Two of the four deaths were aged care residents.

Victorian Chief Health Officer Brett Sutton noted the number of active cases in aged care (2938) and among healthcare workers (1178) are stabilising but there were still “far too much”.

Some 101 deaths in Victoria have come in the past week alone.

Victorian Premier Daniel Andrews revealed there are more than 200 cases with an unknown source.

More than 100 deaths in Victoria have come in the past week alone.

There remain 661 people in hospital in the state and 41 in intensive care, with 28 of those on a ventilator.

There are 3383 cases with an unknown source, an increase of 206 since Friday.

But Mr Andrews noted it was a “very, very big increase” but reminded people contact tracing is finalised in batches.

“It does take time to try and work out, try to exhaust all possible sources and then to declare that case a mystery case,” he told reports on Saturday.

“I would not read too much more into that, it is simply the product of multiple days’ work being brought to book, as it were, recorded in our numbers.”

Mr Sutton said yesterday that he is reasonably confident the state is “past the peak”.

Mr Sutton’s assessment is based on the seven-day average of new cases rather than the daily figure which is considered a less reliable guide.

The state’s daily coronavirus case numbers appear to be gradually decreasing, but authorities warn there is more progress needed before lockdown restrictions can be eased.

“We could not conceive of opening up with 200 cases a day,” Chief Health Officer Brett Sutton said on Friday.

“We have to head for the lowest possible number.”

“The seven-day trend indicates the peak was probably four or five days ago and we will continue to see lower numbers overall from here on in,” Prof Sutton said.

To date, 289 Victorians have died from the virus, while the national toll stands at 375.

The latest figures come amid concerns from the Australasian College of Emergency Medicine that aged-care residents being sent to hospitals and taking up beds that are needed for other patients.

The college’s president Dr John Bonning says he is aware of emergency departments that are routinely waiting up to 24 hours for beds to become available for when people come in with whatever emergency medical care they need.

A man in his 20s became Australia’s youngest COVID-19 fatality on Friday as the state recorded 14 more deaths – 12 of whom were aged care residents.

Aged-care deaths make up 70 per cent of coronavirus deaths across the country and remain of great concern to Professor Sutton and Premier Daniel Andrews.

There are now 2034 active cases across 119 aged care facilities.