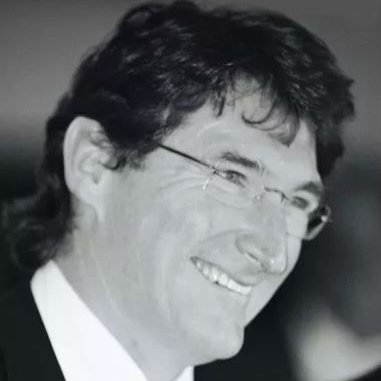 A Melbourne magistrate who was highly respected and passionate about social justice issues was concerned about the direction of Victoria’s judicial system and weighed down by a growing caseload before he took his own life.

Findings into the death of Victorian magistrate Stephen Myall have described the former magistrate as having an “exceptional work ethic” and reviewed how the Victorian Magistrates’ Court was addressing the mental health of court staff.

Mr Myall took his own life in March 2018 after a 13-year career as a magistrate in Geelong, Sunshine and Broadmeadows courts.

Coroner Ian James Guy did not make recommendations about how judicial wellbeing could be improved, citing numerous studies and reports on the topic that were published in the wake of Mr Myall’s death.

Mr Guy said an investigation was necessary given the amount of work stress in Mr Myall’s life, and his death being the second suicide of a judicial officer appointed to the court in recent years.

The coroner said Mr Myall was a man who “displayed courtesy, compassion and an utter commitment to his role” before he ended his life.

While Mr Myall was “clearly passionate about his work”, the report said, it was clear his work was taking a toll on his mental health.

Mr Myall would often work late and “stay back after sitting hours to debrief the day’s events with a colleague”.

He would often swim after work to relieve stress but stopped going to the pool in the week leading up to his death.

The late magistrate was described as “sensitive, caring, and thoughtful”, traits which “brought with it a tendency to agonise about decisions to be made in court”.

Mr Myall’s wife said her husband’s workload had become overwhelming, including up to 90 cases he presided over in one day.

“There were discussions with some colleagues how exhausted they were from the day’s work and the burden of actually dispensing justice in busy lists,” Mr Guy said in the report.

Two weeks before his death, Mr Myall attended a wellbeing course with the Judicial Wellbeing Committee and told his wife he appreciated the sessions were offered.

A few days later, Mr Myall was criticised in the media about a decision he made to adjourn charges of assault on a police officer by a youth offender, so the teenager could complete his Year 12 exams.

The day before his last day at work, he called Magistrate Kumar and told him he was troubled by the media criticism and said he was concerned about young offenders being sent to prison.

Mr Guy said it was not possible to identify the extent to which one or more of those stress factors had contributed to his death. But Ms Duncan said the main reason for husband’s stress “was his work, which he also loved”.

The coroner’s findings noted an external occupational health and safety report commissioned by the Judicial Wellbeing Committee found, since 2016, there had been a year-on-year 25 per cent increase in daily court lists and workloads in sitting times.

Three months after Mr Myall’s death, then Chief Magistrate Lauritsen issued a protocol to ensure strict adherence to court sitting times between 10:00am and 4:00pm with an hour for lunch.

Current Chief Magistrate Lisa Hannan is reviewing all practice directions, including the start and finish times of staff to address workloads.

Mr Guy said the changed being made within the Judicial College of Victoria were “timely and significant”.

“I do not consider any meaningful recommendations under the act can be made,” Mr Guy said.