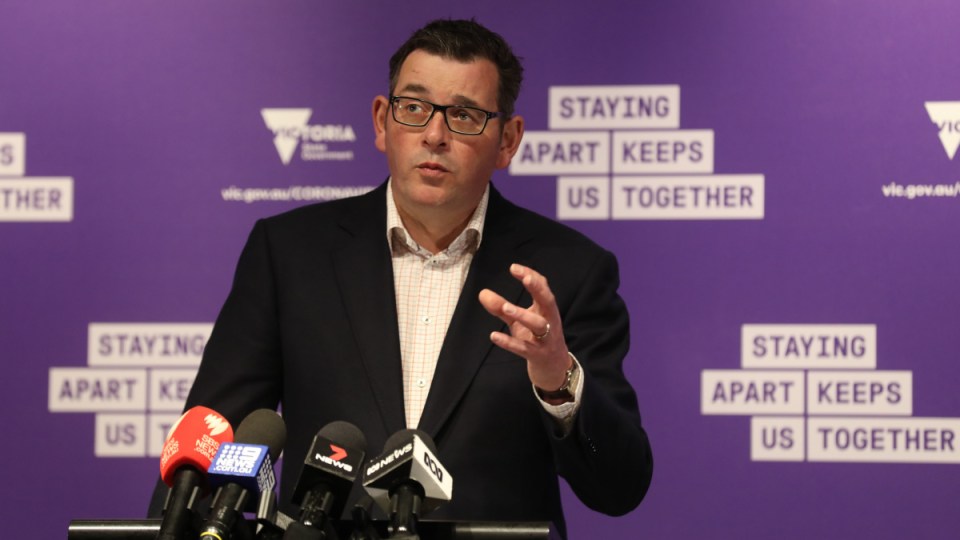 Victoria’s number of daily coronavirus cases has dipped once again, with 397 new cases announced on Saturday.

The drop comes as the state braces for even tighter lockdown restrictions, which could result in tougher rules or an extension of the six-week stage three period.

Victorian Premier Daniel Andrews admitted further lockdown rules could prove a “circuit breaker” for the continued COVID-19 cases, and that the state government is working through the details.

“What we have at the moment are numbers that are too high of community transmission and that is a concern to us,” Mr Andrews told reporters.

“It is not a tap you can just turn on or off. They (further restrictions) are not decisions that would be taken lightly because there are significant costs … even minor changes have a significant cost.”

The deaths bring the national COVID-19 toll to 201, after the passing of another person in NSW.

Mr Andrews confirmed there are 1008 active cases, with 379 patients currently in hospital. There are 41 patients in intensive care, if which 24 are on ventilators.

“All governments, all agencies are working together as closely as we possibly can, to have one focus and that is on residents, their well-being, their health and, by extension, the well-being of families who are obviously concerned and very keen to get as much information as quickly as they possibly can,” he said.

The Premier had a message for those flouting the restrictions currently in place.

“To all those Victorians who are not following rules, and it is not, it is by no means the majority, the vast majority of people are following the rules and we are deeply grateful to you, but to those who are not, you need to just think for a moment.

“Nurses and doctors and ambulance paramedics and others in a health team, they are stepping up and playing their part, and it is up to you to step up and play yours. This will not end anytime soon if people don’t follow those rules.”

The Premier said 49 “mystery” cases have been added to the total number of positive cases without an attributable source, and health authorities now have “growing concern” about levels of community transmission.

Mr Andrews noted that authorities were looking at investigating all available options to help quell the outbreak.

“You can rest assured … we’re thinking through all of those issues,” he said.

Decisions on any further measures would not be taken lightly, he says, because they would come at significant cost.

“Numbers are too high and there is a growing case for us to do more.”

One person was fined on Saturday for leaving Melbourne to drive to Wodonga for a Big Mac.

One tried to drive from Werribee in Melbourne’s far west to Springvale in the east for groceries, while another was fined for twice driving to Ballarat for fresh air.

Victoria Police have issued 168 fines since Saturday, including 31 for failing to wear masks and to two groups partying in Airbnbs.

The Premier said the time for warnings had passed and a “much bigger fine” through the courts is being considered as an alternative to on-the-spot fines.

Mr Andrews and Prime Minister Scott Morrison have asked the Australian Health Protection Principal Committee (AHPPC) to evaluate the state’s response ahead of an expected announcement on possible further restrictions on Sunday.

The state’s Chief Health Officer Brett Sutton on Friday confirmed a New Zealand-style lockdown was being explored – restrictions which saw all businesses closed except for essential services.

Experts are working over the weekend to analyse infection data from the first half of Victoria’s latest lockdown.

In NSW, Sydney’s COVID-19 clusters has grown as the state recorded 17 new cases and an additional death.

NSW residents are being urged to get tested even if they have the mildest of symptoms.

Authorities meanwhile have identified almost 2000 people who may have come into contact with two women who lied about visiting Melbourne on their return to the state.