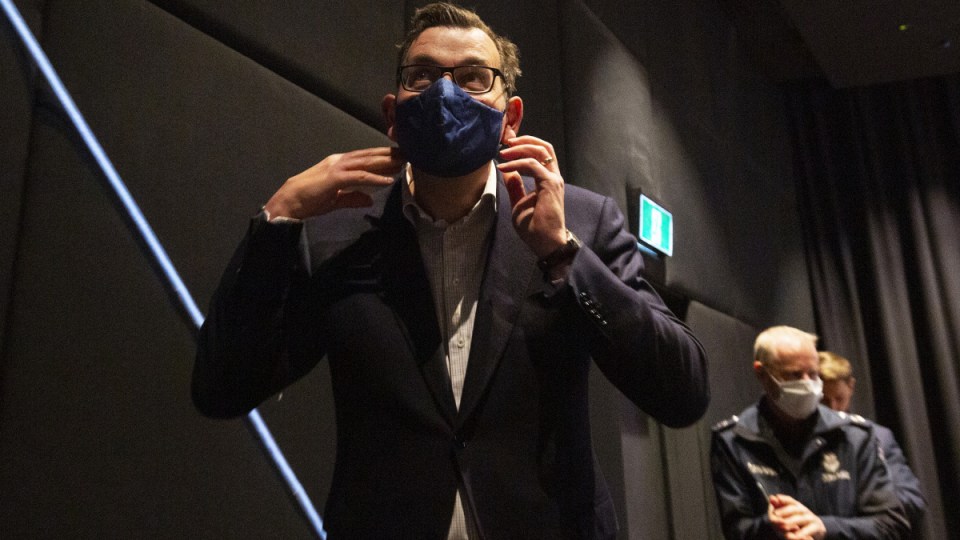 Five more Victorians have died from coronavirus, with the state recording 357 new cases.

The deaths include women aged in their 60s, 70s, 80s and 90s, and a man in his 80s, Premier Daniel Andrews announced on Saturday afternoon.

Up to 42 Victorians are fighting for life in intensive care units, he said.

Active cases have reached 3995, with 313 of those healthcare workers and 536 linked to aged-care facilities, split roughly evenly between staff and residents.

Aged-care cases span 38 facilities across the state with the majority in Melbourne’s northern and western suburbs.

Deaths among aged-care linked cases account for a third of the state’s total.

The Premier refused to rule out further restrictions but pointed to masks being the current strategy to stop the spread.

“If they are worn by everybody, we may not need to go further.

“We can’t rule out going further with rule changes, but it’s a big game-changer.”

There are now 3995 active cases in the state and of those 313 are healthcare workers.

Mr Andrews said 37 of the new cases were from known outbreaks, while 320 are under investigation.

The latest deaths take the state toll to 61 and the national figure to 145.

While the number of new cases isn’t as large as the record figure of 484 cases on Wednesday, it represents a reverse of the dip in the weekly average of new daily cases for the first time in more than seven weeks.

That number of cases has risen since June 9.

In the week prior the daily average was just three cases.

Professor Sutton said he was worried people were still heading to work or the shops, or mixing with family members, while infectious or awaiting a test result.

Modelling shows masks should help stop community transmission but he said behaviour also had to change.

“It tells us it is a really challenging epidemic curve to overcome. The challenge was always there.

Professor Sutton compared the situation in Victoria to more explosive daily numbers in US states like Arizona.

“I think the numbers are relatively manageable, but it is challenging, certainly 300 new cases a day is not the same kind of challenge that Arizona has seen with 10,000 new cases a day,” Professor Sutton said.

“So we are fortunate to have kept a cap on those numbers, and again, the stage three restrictions, the other things that we have put in place, have played a significant role in keeping those numbers low.

“I just heard the premier and the Chief Health Officer, I think, fairly reflecting the fact that they are concerning numbers, but Victorians, through their combined actions and all the measures they have taken, as difficult and as challenging as they are, are maintaining them.

“Now, we hope to see them go down, but we need to see a week of sustained numbers before any of us can begin to declare that we are on the path to success.”