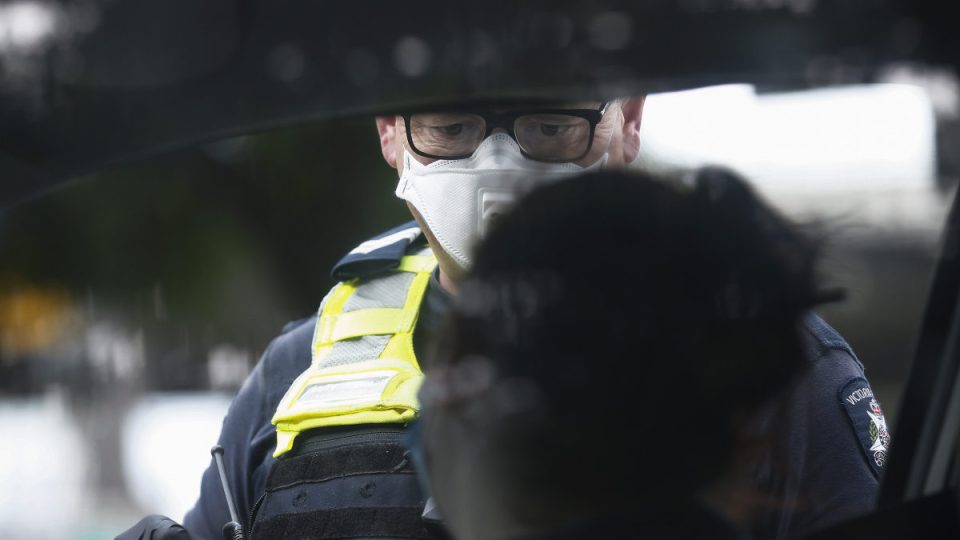 Victoria Police has nearly 200 staff stood down as a result of the coronavirus outbreak. Photo: AAP

Fifteen people who attended a party in inner-Melbourne on Sunday have been fined for breaching COVID restrictions as Victoria Police warn the city’s looming new lockdowns will be enforced with a “ring of steel”.

He said fines seemed to be the only way to get through to people who refused to listen – and those who flout lockdown rules will likely face infringements of up to $1652.

“Others are doing stupid, selfish, reckless actions,” he said.

“Sunday night, we had an Airbnb party in Southbank where 15 people thought it was OK to get together and party.

“We issued every one of them infringements because they just can’t do it.”

Victoria confirmed 134 new coronavirus cases on Wednesday, after a single-day record of 191 on Tuesday. The state has 860 active COVID cases, with 41 patients in hospital, including seven in intensive care.

The continued growth in cases has prompted the drastic decision to return to stage three lockdowns for five million residents across metropolitan Melbourne and an adjacent regional shire. The restrictions, which will last at least six weeks, begin at midnight on Wednesday.

“There’s not an exact ring of steel … [but] the opportunity for being intercepted and being given infringements if you’re not supposed to be out there are very, very high,” Mr Patton said.

“I wouldn’t want to bet against it if I was out there doing the wrong thing.”

Police Minister Lisa Neville also encouraged Victorians to dob in those they saw infringing the law. Calls to the Victoria Police assistance line topped 800 on Monday, after falling to 60-70 a day during May.

“That line is available and please use that if you are aware of people obviously breaching these restrictions.

Premier Daniel Andrews reinforced his theory that Victorians had become complacent about the dangers of the coronavirus, and reimposing restrictions was needed to avoid further tragedies.

“That involves everyone following the rules,” he said.

“Whilst this is not the place we wanted to be, this is the reality that we face.”