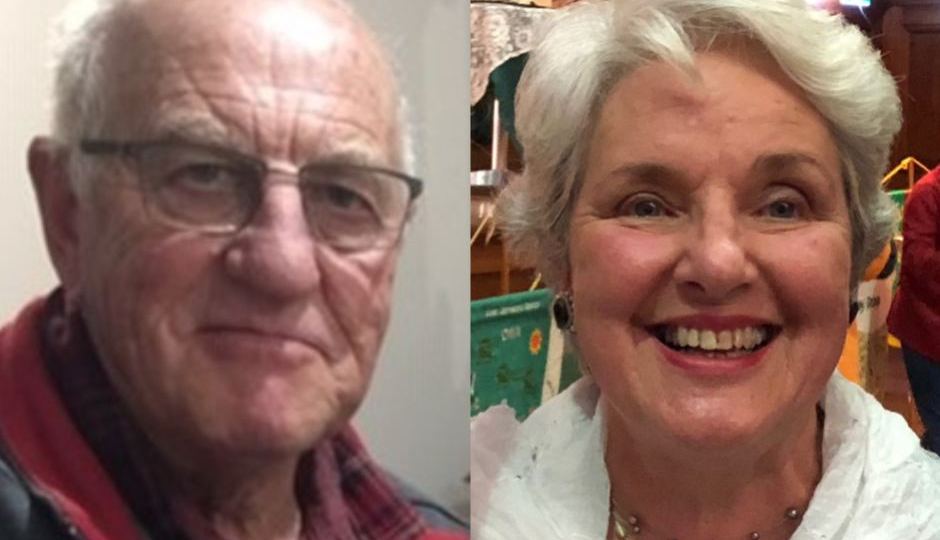 Police have revealed new details about two friends who went missing on a camping trip in the Victorian Alps in Gippsland a month ago.

Drouin resident Russell Hill, 74, and Carol Clay, 73, of Pakenham, were long-time family friends who went camping along the Dargo River on March 19.

“We know that he had spent quite a bit of time up here and he was described to us as being quite meticulous when camping,” Acting Inspector Dave Fyfe said.

“With that in mind we don’t believe he would have come up here unprepared.”

Some of the old mine shafts in the area have been checked as part of the investigation, which has been taken over by Missing Persons Squad detectives.

“The area is incredibly remote and there is a possibility that they have suffered some misadventure in the bush,” Detective Inspector Andrew Stamper said.

“But we also need to rule out any possibility of foul play.”

Arson detectives have been unable to work out what caused a fire that destroyed camp chairs, a table and a tent at their campsite at Billabong.

Police say the well-equipped utility contained some of Ms Clay’s belongings and was in working order with the keys when the campsite was discovered by other campers on March 21.

Police have also revealed that Mr Hill purchased an expensive DJI brand Mavic drone before the trip and believe it could hold vital clues.

“If someone has recovered it, we’d really like them to come forward.”

Spokespeople for both families thanked everyone who had been involved in the search for Mr Hill and Ms Clay, and called for any witnesses to contact police.

“Russell is our brother, husband, dad and pa, and Carol has been a friend of the family for a long time,” a spokesperson for Mr Hill’s family said.

“The police, SES and volunteers have searched extensively, and we thank them wholeheartedly.

“It is devastating for our family that we don’t know what has happened to them both.

“We are pleading for anyone who has any information to please come forward.”

Carol Clay’s family said the pair’s disappearance was very out of character.

“We are living with uncertainty, loss and the continual stress of not knowing where they are and what has happened,” the family said in a statement said.

“At this time, we ask that our privacy be fully respected while we deal as a family with the ongoing process of supporting each other, dealing with the issues this raises, and helping the police.

“We would also very much like to take this opportunity to extend our thanks and gratitude to the many people who have taken part in the search in difficult terrain and those who are continuing to work hard to solve what is, at this stage, an absolute mystery.”

Police said there had been “much speculation” about the pair’s disappearance in the community.

“If you do have some information that you might have felt uncomfortable speaking with police about previously, then we really need you to come forward now and help up try and find Russell and Carol as soon as possible,” Detective Inspector Stamper said.

“This was really the last weekend in Victoria where people could freely travel about, so there were potentially a number of people in the area who could have seen Russell and Carol.

“If there were any hunters, campers or motorcyclists who were in the area around this time, then we’d like to speak to you.

“Please don’t feel worried that police are looking to catch anyone out with regards to non-essential travel.”

Police say the pair drove through Heyfield and Licola to get to the Wonnangatta Valley, and anyone with dashcam footage from the area is urged to contact police.

“We’re also keen to know if they stopped anywhere on the journey up and if anyone has CCTV footage,” Detective Inspector Stamper said.

“Any piece of information or footage could prove crucial at this point.

“At this stage we are at a loss to say exactly what has happened to Russell and Carol.

“We don’t know know if their disappearance is suspicious or not.”

The search is expected to resume over the coming weeks, weather permitting.