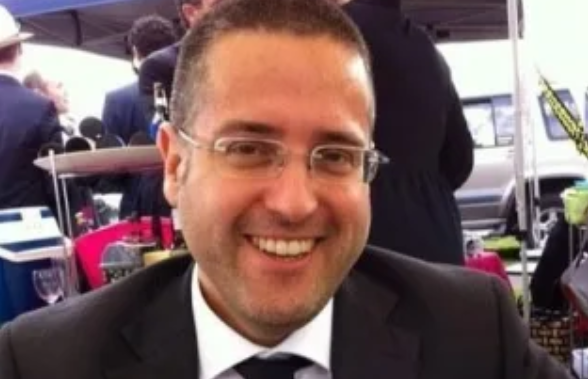 Andres Puig was credited with being a major factor in Victorian Premier Dan Andrews' rise to power. Photo: Facebook

Former Labor lobbyist Andres Puig has been found dead in his luxury East Melbourne home just hours after he learned a newspaper planned to publish a story revealing he was facing child-sex charges.

The former Labor high-flyer and influential political lobbyist was listed to appear in the Melbourne Magistrates Court on April 16, according to The Australian newspaper.

According to police, the 44-year-old was charged with ‘enter agreement for child sex services’ and ‘produce and possess child pornography’. The charges relate to alleged offences in 2019.

Victoria Police, who are preparing a report for the coroner, confirmed “the man was located deceased in his Powlett Street home shortly before 6.30pm.”

In a statement to The New Daily, Puig’s lawyer confirmed he had taken his own life.

“Mr Puig was the subject of a criminal investigation, the facts of which related to a meeting which was entirely consensual.

“The woman’s mainstream dating site profile stated that she was 18 years of age. She was in fact 16 at the time of first talking online and 17 when they met soon after.

“There were also photos taken consensually, my instructions are that none of which were shared with any third party by Mr Puig. Mr Puig voluntarily provided to the investigators the passcode to his phone and computers.

“The allegations were denied and the charges were to be vigorously contested.

“Can I please ask the media to respect his family’s privacy at this time.”

Former colleagues told The New Daily that police were called to his home after he became distressed by the newspaper story.

A former ­assistant state secretary of the Victorian ALP, he was recently charged by Footscray police.

Shortly before his death, a Victoria Police spokesman said: “The charges ­relate to alleged offences in 2019. The man has been bailed and will appear at Melbourne Magistrates Court.”

After leaving the ALP, Mr Puig helped build Civic Group but he appears to have cut ties with the group in October 2019.

The Australian newspaper’s report quoted a source as saying this was linked to the investigation.

“There’s no coincidence he disappeared from public life at this time,” a source said. “It’s the same time the investigation ramped up.”

Anyone who may be feeling distressed can contact the following organisations for support.