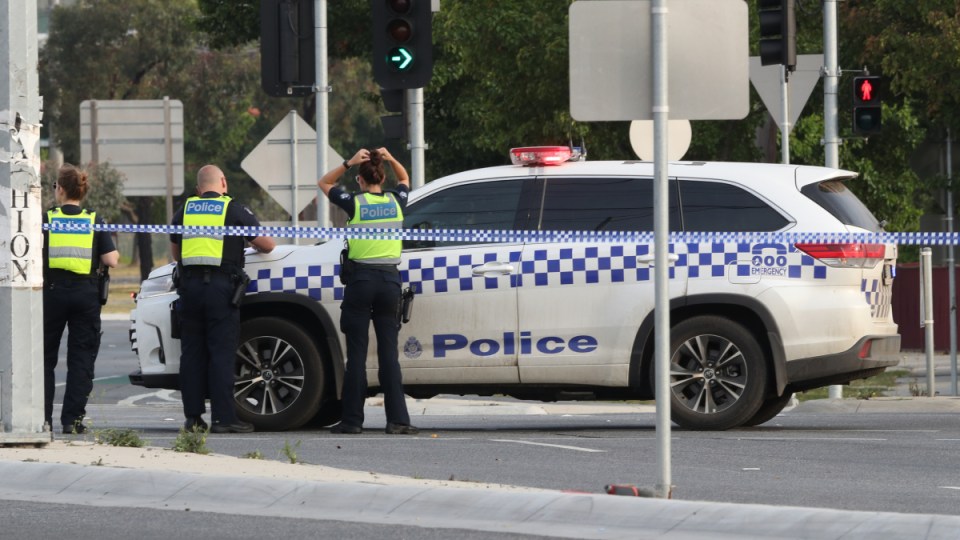 A man shot and killed in Melbourne's north is believed to be underworld figure and Comancheros associate Nabil Maghnie. Photo: AAP

Emergency workers were called to Epping about 8.30pm on Thursday after three people were shot.

A 45-year-old Bundoora man was found with a suspected gunshot wound and he later died at the scene.

A 27-year-old Plumpton man and a 44-year-old man were taken to hospital with non-life threatening gunshot wounds.

The dead man is reportedly Comancheros associate Maghnie and one of the injured men is believed to be his son.

The shooting reportedly took place in the Taco Bill car park near the intersection of Childs Road and Dalton Road.

A body was found in front of a black Mercedes-Benz ute, which was towed away from outside a home on Dalton Road on Friday morning.

Police are still at the residential property.

Maghnie, also known as Nabil Moughnieh, has been shot twice in the past, including in 2016 when he drove himself to hospital after being shot in the head.

He was arrested in November over the killing of drug trafficker Mitat Rasimi but was released without charge.

Maghnie had been charged with driving while on drugs after crashing a car into a roundabout at 209 km/h at Woodstock in May.

After the crash, he went to hospital where cocaine and other drugs were found in his system.

His son, Jacob Elliott, has been charged with the drive-by shooting murders of two people outside Prahran’s Love Machine nightclub in April last year.

Police believe the trio were known to each other and the cause of the shooting is under investigation.