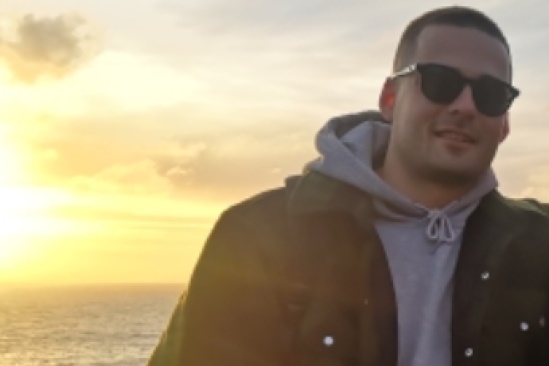 Aslan King has not been seen since early on Saturday morning. Photo: Victoria Police

The search to find a British tourist who went missing on Saturday after running off into the bush in Victoria resumed for its third day on Monday morning.

Aslan King, 25, was camping with friends at Princetown, near the Twelve Apostles, when he hit his head about 2am on Saturday.

He suddenly got up and ran off into the bushland but his friends couldn’t find him.

A police helicopter, officers on horses and off-road motorcycles and ground crews have been trying to find Mr King, who has been in Australia for a fortnight.

Sergeant Danny Brown told the Nine Network the initial search radius of 500 metres to one kilometre had been extended to four kilometres. An expert bushwalking team from Melbourne was also assisting in the search for Mr King.

“We’re not looking at any foul play, were looking for a missing person,” Sergeant Brown said.

The missing tourist is of medium build with short hair. He was wearing trackpants, a light grey T-shirt and hoodie with green Reebok sneakers when he fled.

He may have blood on his forehead.

Search for tourist who vanished after hitting his head