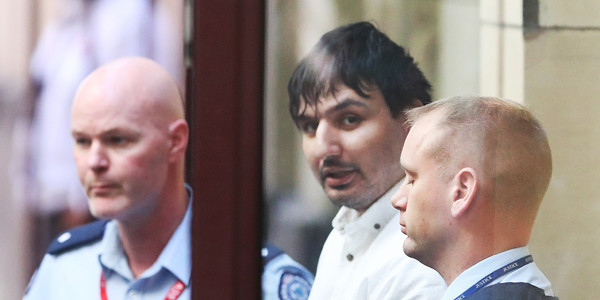 The bail justice who freed the Bourke St killer driver days before the tragedy says police did not give him a document about his criminal history. Photo: Getty

The bail justice who freed the killer Bourke Street driver days before the massacre is adamant police did not give him a copy of his extensive criminal history – and if they did it may have changed his decision.

Christos Pantelios admitted on the sixth day of an inquest into the January 2017 tragedy that claimed six lives that aspects of his memory from the bail hearing may be faulty.

But he is adamant police did not provide him a copy of a police LEAP document detailing James Gargasoulas’ criminal past, during the hearing.

Police say they did.

“Seeing this document and seeing the extent of the offender’s criminal past would have definitely altered my decision-making,” Mr Pantelios said on Monday.

“I’m not disputing (Senior Constable Jake Semmel) had the document but it certainly was not in front of me.”

He said he understood it was up to the police to prove their case by providing the material.

Mr Pantelios accepted his recollections, made days after granting the offender bail, may not have been entirely accurate.

“I perhaps recall a mixed bag of memories,” he said, adding he was under a high period of stress following the tragedy.

Mr Pantelios also said he had the impression from police who opposed the bail bid that Gargasoulas did not pose a great risk if released.

“They weren’t making a big song and dance about him being a danger to society,” he said.

The inquest has heard police advised Mr Pantelios that Gargasoulas had previously failed to appear on bail 13 times and would likely re-offend.

However, Mr Pantelios said he was told he had failed to answer bail eight times in April 2016.

Mr Pantelios also said he was not told the offender was deluded, had psychological problems or was on drugs but these “absolutely” would have been important things for him to consider.

Gargasoulas, who suffers paranoid schizophrenia, was jailed in February for at least 46 years for mowing down pedestrians in what was described by the sentencing judge as one of Australia’s worst examples of mass murder.