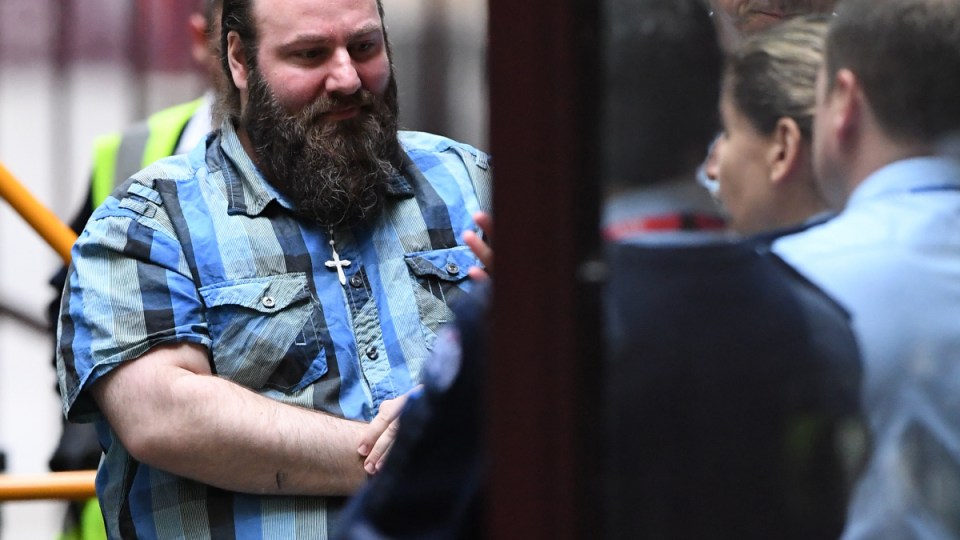 Phillip Galea is accused of plotting a terrorist attack in Melbourne. Photo: AAP

A man accused of plotting terror attacks in Melbourne says his how-to document referring to “building destruction” and a “massacre” was intended to be a Monty Python-esque satire.

Phillip Galea has also described himself as a self-taught electrical engineer, but insists he has never used his scientific knowledge to harm anyone.

The 35-year-old expressed the sentiments while being questioned by his lawyer in his trial in the Supreme Court of Victoria on Tuesday.

Galea has been accused of plotting attacks on Melbourne anarchist and socialist groups between August 2015 and 2016 to “eliminate the leaders of the left”.

He was also allegedly working on a terror how-to document he called the “Patriot’s Cookbook”, prosecutors say.

But Galea – who was associated with the far-right group Reclaim Australia – insists he was making a “satirical document” for people to enjoy, inspired by another “hilarious” parody book.

“I intended it to be taken as a joke,” he said.

Asked by his lawyer Felicity Gerry QC whether the comedy was a similar style to that of the Monty Python group, Galea said it was.

“The same sort of humour, yes.”

Galea told the jury he had “certainly not” actually wanted to destroy any buildings.

Asked whether he had wanted a massacre, he replied “of course not”.

The accused terror plotter has been in custody since his arrest in August 2016.

Under questioning, Galea spoke at length about his interest in science, describing himself as a self-taught electrical engineer who had read engineering texts dating back to the 1800s.

He said he was particularly interested in the concept of ‘free energy’ – tapping energy available in the universe – and described space as the “next step in human evolution”.

Galea said he had watched every episode of MythBusters and tried to recreate many of their experiments.

He was also using the mercury found at his home to replicate an engine originally created by 19th century English scientist Michael Faraday, he said.