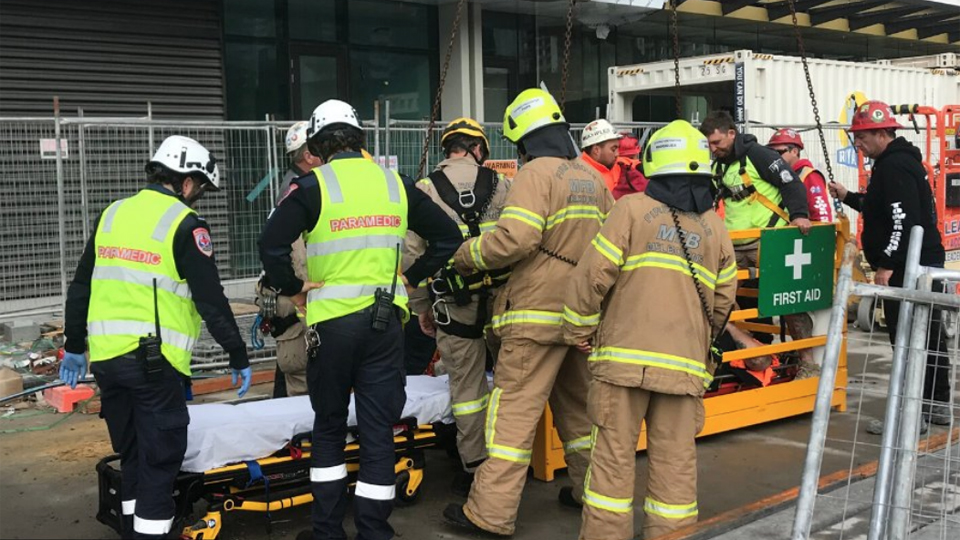 A man has been rescued from a crane at an inner-Melbourne construction site after falling two metres and suffering head and back injuries.

The worker, believed to be in his 60s, fell about two metres inside the crane structure about 6.45am on Tuesday at Southbank.

Crane rescue: the crane operator injured 50 storeys up a Southbank high rise has been taken to hospital. Injuries are not life threatening. @RossAndJohn @3AW693 pic.twitter.com/rPdQ4qmxNO

MEDIA RELEASE: MFB’s specialist High Angle Rescue Firefighters have rescued a man who became trapped on a crane in #Southbank a little before 7am this morning. https://t.co/acSvg1zms5 pic.twitter.com/X1jLQPNmbV

He landed inside the crane and had to be placed on a stretcher and lowered to safety by high-angle specialist rescue crews from the Metropolitan Fire Brigade. He was then handed over to paramedics.

“It was a complex operation that required a high level of skill from emergency responders,” the MFB said.

Ambulance Victoria said the man had head and back injuries. He was taken to The Alfred hospital in a stable condition.

WorkSafe has been called in to investigate.