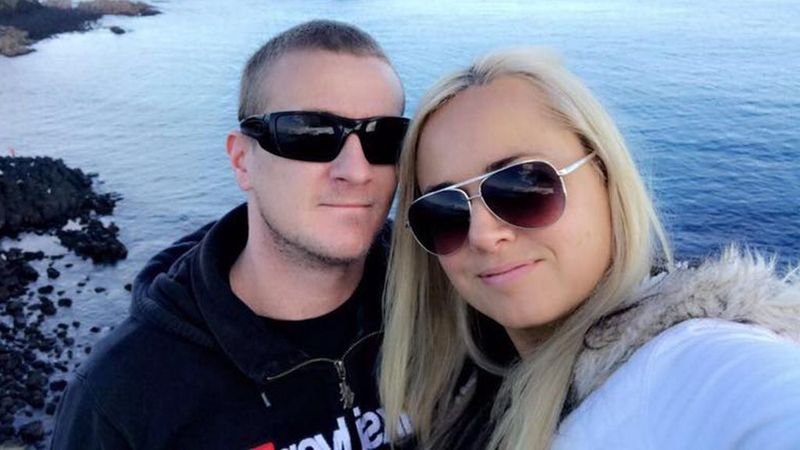 Dale Ewins and former girlfriend Zita Sukys, dressed like punk icon Sid Vicious and a naughty schoolgirl, had just been engaged in a sex act at the Saints and Sinners ball at Inflation nightclub when police swarmed and shot them in darkness in July 2017.

The pair are suing the state of Victoria in the Supreme Court.

On Monday, the trial heard police responded after a concerned patron at the club saw the toy gun tucked into Mr Ewins’ pants.

A critical incident response team was sent to investigate, but a staff member told police he had handled the gun and felt confident it was a toy.

However, officers with a ballistic shield, batons, a semi-automatic gun, Taser and shotgun firing non-lethal bullets, swarmed on Mr Ewins and Ms Sukys.

Mr Ewins was shot twice in the back, tasered three times, beaten and stomped on, while Ms Sukys was shot in the leg.

Mr Ewins was shot in his shoulder and his lower back, causing severe internal injuries.

He denied having pointed his toy gun at police during the confrontation, but police are adamant he did.

Chris Blanden QC, for the state of Victoria, said the initial report characterised Mr Ewins as “looking like a bikie with a tattoo on his forehead”.

Police had been advised Mr Ewins’ tattoo of the word “Rotten” across his forehead – which they thought meant he was a serious criminal – was a fake.

The trial continues on Tuesday.