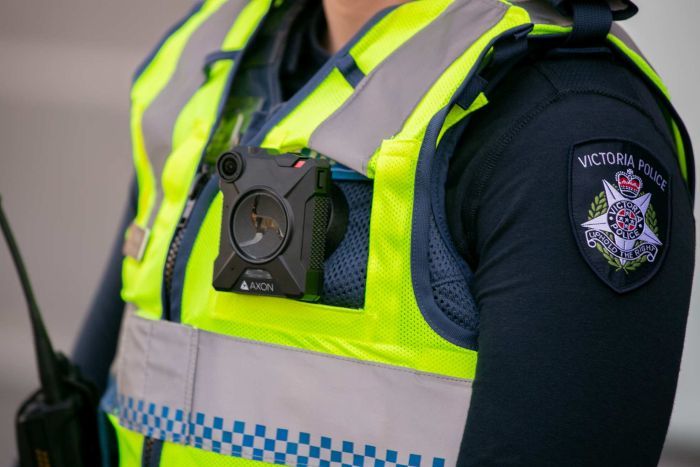 New laws are needed to govern the use of police body-worn cameras amid growing concerns about the potential for the misuse of the devices, lawyers have said.

The devices are worn by more than 8,000 Victorian police officers, and 11,000 are expected to be in service by the end of the year.

Police are expected to activate the devices when exercising their powers, including making an arrest.

While there are penalties in place for turning the cameras off, no action has ever been taken against officers who did.

The Age has reported that the state government had given the police the power to deal with breaches, rather than referring them to an independent umpire.

Lawyers say there are guidelines governing their use, but no legislation.

Police say if a recording is not made or is stopped prematurely, the police officer must make a note outlining the circumstances.

The guidelines say officers can edit or redact footage “when preparing evidence for a hearing before a court, where absolutely necessary or required by law. The court can request editing as part of legal proceedings.”

A group pushing for greater police accountability is worried there is too much leeway about how police could use footage.

“Just as capsicum spray is used as a coercive torture tool for police to get what they want, body-worn cameras are likely to ‘fail’ the public as an accountability tool in the absence of system review of their use by a body other than Victoria Police,” said lawyer Gregor Husper, from the Police Accountability Project.

Jeremy King, principal lawyer at Robinson Gill, said the rules need to be reviewed and laws should be introduced to Parliament to govern the use of the cameras.

“It’s a legal black hole at the moment,” he said.

Mr King said it was difficult for parties to access the raw vision, and sometimes police only provided edited snippets.

“You have a form of accountability that is entirely controlled by Victoria Police,” he said.

The issue of body-worn cameras was raised in the aftermath of the climate action protests outside a mining conference earlier this month during which one police officer was photographed with a sticker on his body camera saying “EAD hippy”.

Police Association secretary Wayne Gatt defended the policy, refuting suggestions that police could turn the cameras on and off whenever they wanted.

He said there had been no case of deliberate misuse of the activation process.

“This is technology we called for because we had the view that it protects our officers not only from complaint but from the many assaults they confront,” he told ABC Radio Melbourne.

“We’re not afraid of being recorded one bit.”

Jacinta Allan, the Minister for Transport Infrastructure, said officers who did not follow the guidelines would face disciplinary action.

“There are very strict requirements around the operation of the cameras,” she said.

“Any editing of that material is undertaken in accordance with a court order and the raw footage can be made available should the court require it.”

There have been growing calls for the Independent Broad-based Anti-corruption Commission (IBAC) to be given greater powers to oversee police behaviour.

‘I am not afraid’: The modern unknown soldier risks it all in Ukraine
Energy market reform will be a big boost for emissions reductions: Chris Bowen
Greens sign up for Labor’s looming jobs-and-skills summit as Liberals stick with boycott
Joe Biden’s $430b green victory for the environment
China cementing its Thailand ties with joint military exercises
NRL: Titans frantic to end 10-game losing streak as Manly showdown looms
Deadly freeway shooting may have been mistaken identity
Today's Stories