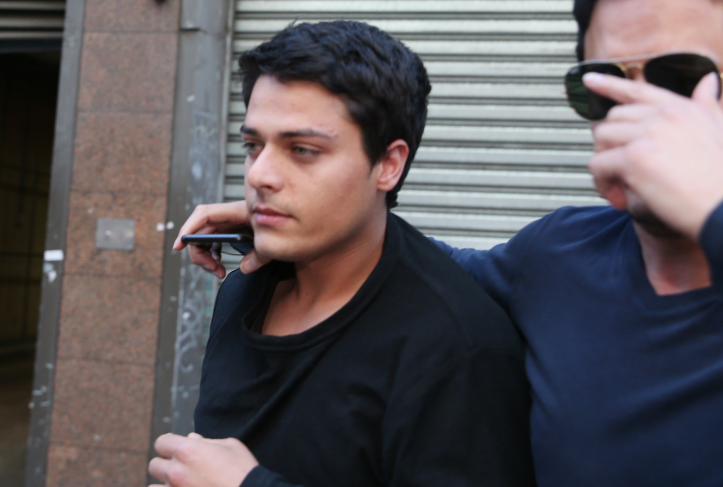 A sleep-deprived driver who nodded off behind the wheel, ran a red light and killed a cyclist in Melbourne wishes he had died instead.

Mehdi Sameri, 20, has pleaded guilty to dangerous driving causing the death of 49-year-old Colin Waters at Taylors Lakes on the morning of July 24 and failing to stop at the scene.

After driving to his boss’ place and telling him what had happened, Sameri was driven back to the crash scene and then to a police station where he was arrested.

The apprentice plumber became inconsolable when police officers told him the man he hit had died.

“It just breaks my heart, you know, I am so sorry. I wish I was dead instead of that person that died. I wish I was instead of him, I wish it was me,” Sameri said during his record of interview.

“I don’t really know what to say. I’m really sorry. I’m sorry to the family of the guy who lost his life.”

At a pre-sentence hearing in the County Court on Wednesday, defence lawyer Rahmin de Kretser said these emotions continued to consume his client.

“He is genuinely and profoundly sorry,” Mr de Krester said, as Sameri wept in the dock.

“He’s asked me again to apologise on his behalf for what he did that morning.”

The court heard Sameri had only slept for five-and-a-half hours the evening before the crash.

He stopped at a 7-Eleven for coffee before falling asleep at the wheel for about one or two seconds.

He kept driving before he ran a red light and ploughed into Mr Waters, who was thrown from his mountain bike and died at the scene.

Mr Waters had migrated from the UK to Australia two years ago with wife Paula, his childhood sweetheart of 27 years, and sons Kieran and Kyle.

At the time of his death, he had been working as a Metro Trains contractor on a temporary skilled visa.

“My whole life and future has been changed due to a tragic accident that should have never happened,” Mrs Waters said in a statement read to the court.

The family now faces the prospect of being sent back to the UK.

Mr de Krester told the court Sameri fled Iran as a young boy and came to Australia by boat, promising his parents he would make something of his life.
He had no criminal history, cooperated with police and pleaded guilty at the earliest possible opportunity, he said.

He has also written an apology letter to the Waters family.

Judge Paul Lacava adjourned the hearing until December 7 for Sameri to undergo a youth justice assessment and psychological evaluation.