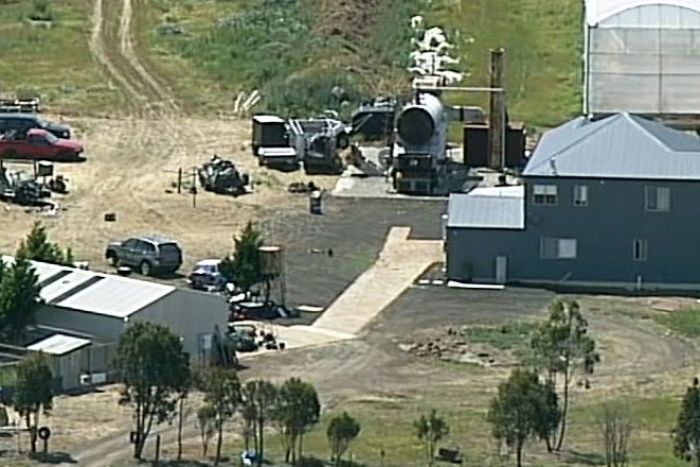 The incident unfolded at a rural property on Breguet Road at Lara. Photo: ABC

A man has been arrested and a police operation is underway south-west of Melbourne, with specialist police and armoured cars converging on the property.

The incident began about 12pm on Thursday at the property on Breguet Road in Lara, when police attempted to arrest a 39-year-old man.

As he tried to leave the property, his car rammed an unmarked police vehicle, leaving an officer with an injured hand.

“The man was arrested a short time later after he crashed his car and tried to run off,” a Victoria Police spokesman said.

“Police located a firearm in the vehicle.”

The man was taken to hospital with what police called “minor injuries”.

The injured police officer was also taken to hospital.

The police spokesman said it was an “isolated incident” with no immediate concerns to the public.

More than a dozen police vehicles, including armoured cars, remain at the property in what appears to be a major police operation.

Officers cut through two chains securing gates at the property before then driving one of the armoured cars close to the house and other farm buildings.

Armed officers were stationed around the perimeter of the property.

The spokesman said specialist police were at the scene and an investigation was ongoing.