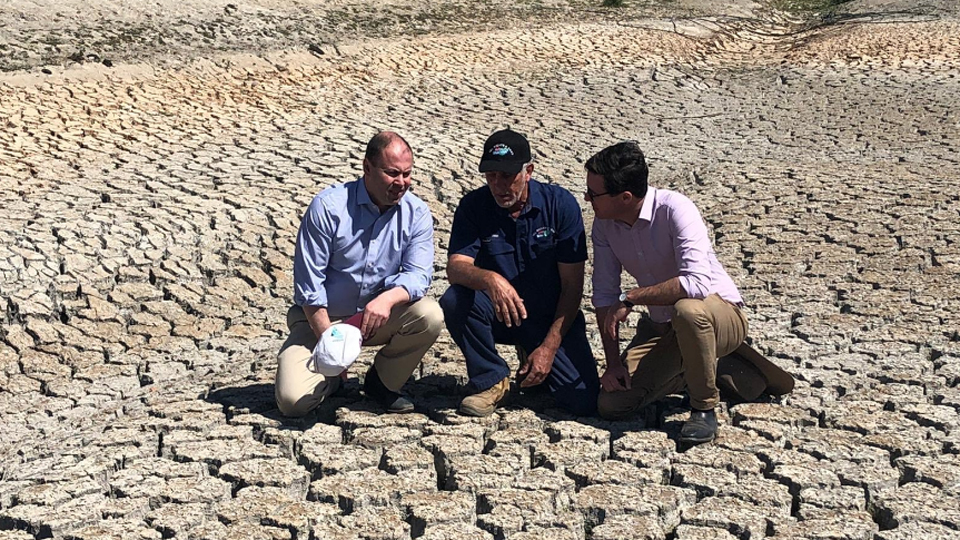 A Victorian council that missed out on $1 million in drought funding because it lacked a handful of agriculture jobs is getting the money after all.

Moira Shire in the state’s northeast missed out on the grant because it had 16.9 per cent of its population employed through farming rather than the 17 per cent threshold.

But the federal government bowed to pressure after stinging criticism of the rigid criteria, which saw Moira miss out while Moyne Shire in Victoria’s southwest got the cash despite lush paddocks.

Local federal MP Damian Drum revealed on Thursday that Drought Minister David Littleproud intervened to ensure Moira would be included in the program.

“Under the mechanism they failed slightly. There is an opportunity for minister’s discretion – David has used that,” Mr Drum told reporters in Shepparton.

“We just had put this through in a proper way and that is happening right now.”

He indicated a handful of other councils would also be included in the program designed to stimulate local economies through funding projects.

Moyne, which covers farming districts surrounding Warrnambool, handed back the $1 million after deciding it didn’t need the money.

Agriculture Minister Bridget McKenzie said Moyne was free to decide to use the money or not.

“It’s not about us rocking up with a tip truck and dumping $1 million,” she said.

More than 120 drought-affected councils across Australia have been given the grants.

Moira’s criteria shortfall was revealed during a Senate estimates hearing last week, which also was told another 14 shires picked during the election campaign were not tested against the criteria.

Shire gets $1m drought money after all