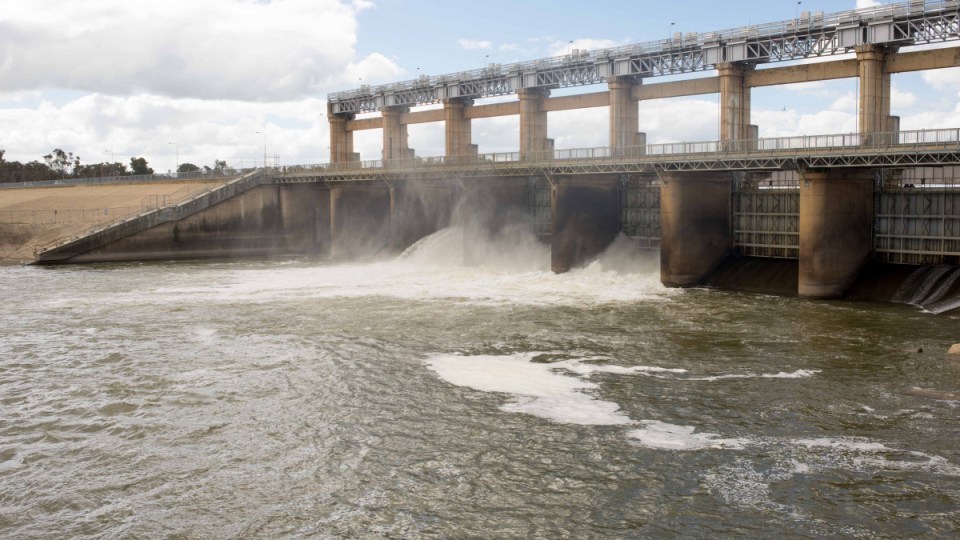 The Mulwala weir on the Murray at Yarrawonga, in the Moira Shire. Photo: AAP

A drought-affected Victorian council has missed out on $1 million in federal funding because of a minuscule shortfall of people working in farming in the area.

Moira Shire in Victoria’s north-east won’t get the cash because only 16.9 per cent of its community is employed through farming – rather than the 17 per cent threshold.

But Moyne Shire, in south-western Victoria, was eligible for the grant – which it rejected because of healthy spring rain fuelling lush paddocks.

Another 14 shires were not tested against the criteria, which were selected for the program during the federal election campaign earlier in the year.

“What do we say to poor old Moira Shire, who misses out because even though they’re drought affected, they miss out because 16.9 per cent of their population are employed in agriculture rather than 17?” he said.

“But we’ve got 14 other councils who we wouldn’t know if they meet the criteria. How do we justify that?”

Infrastructure department bureaucrats told the committee that Moyne council qualified for funding because half of the shire had a one-in-20 year rainfall deficiency in one of a two-year period.

It also had at least 17 per cent of the shire employed in agriculture, forestry and fisheries, meeting the grant’s other threshold.

But Moira slightly missed that mark and missed out on the money.

Agriculture Minister Bridget McKenzie said the decision for the 14 councils was based on Australian Bureau of Statistics and Bureau of Meteorology data.

Senator Watt asked the minister if she was happy with a drought-affected area missing out because of a 0.1 per cent shortfall.

She said the government was continually assessing eligible councils and adding to the list as needed.

More than 120 councils have received $1 million grants through the program, which is designed to stimulate local economies grappling with drought.

Tiniest of shortfalls means drought-stricken shire misses out on aid