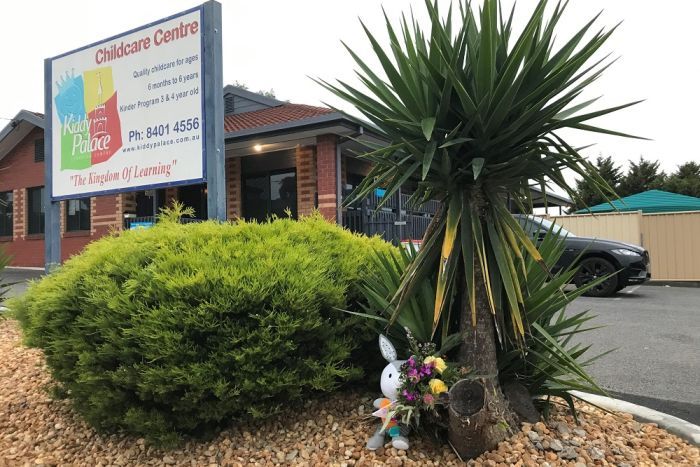 The death of a toddler hit by a vehicle outside a Melbourne childcare centre has prompted police to warn drivers to take extra care behind the wheel.

A three-year-old girl, from Broadmeadows, was killed by a vehicle in the car park of the Kiddy Palace childcare centre on McDonalds Road in Epping, in Melbourne’s north, about 4.45pm on Monday.

Police say the car began to unexpectedly reverse when it struck and killed the girl.

Detective Sergeant Daryll Out described her death as a “terrible incident”.

“The incident occurred when a car accidentally struck the young girl,” he told the Herald Sun.

“We certainly urge anybody who’s around children to be very careful and mindful that terrible accidents such as these can occur if everyone is not paying full attention to what they are doing.”

The driver of the vehicle is helping investigators.

Police said it was believed a 26-year-old woman was helping another child in the back seat of the car when the vehicle moved backwards. The woman and the three-year-old were both hit.

The woman, also from Broadmeadows, was taken to hospital. She remained there in a stable condition on Tuesday.