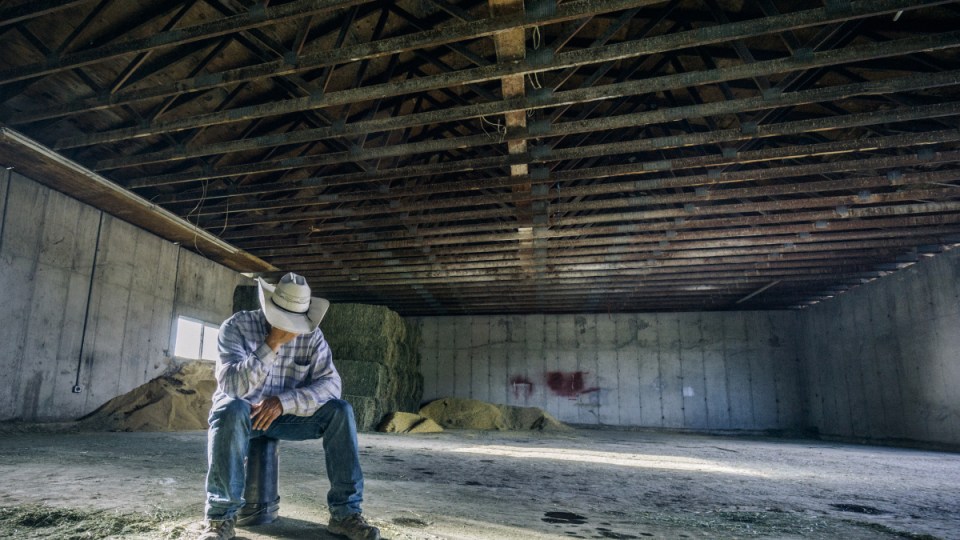 Felicity Johns had just finished Year 12 when her father’s body was discovered in a ute parked in their home garage.

News spread of the tragic death of the farmer and former city councillor Noel Johns in the Victorian town of Horsham – and so, too, that it was at his own hands.

But rather than showing up to support his grieving wife and children, people in the town would avoid eye contact and cross the street.

Now 45, Ms Johns has spent nearly half her life enveloped in the trauma caused by her father’s suicide. Help never came.

“You would hear people in the supermarket talking behind your back … but they didn’t feel comfortable to talk to you about it at all,” she said.

She’s not alone in her experience.

Families are being torn apart by a mental health crisis in country areas, where people are 50 per cent more likely to take their lives than their city counterparts.

The nearest psychologist can be hours down the highway.

Mental Health Awareness Week, which runs from October 5 to 11, aims to spark a national conversation about what we can do to support the people we care about struggling with mental illness.

Suicide and suicidal thoughts are a leading health concern for Australians of all ages.

Every year, 65,000 Australians attempt to take their lives, the Black Dog Institute reports.

Every one of the figures making up that data is a person loved and lost. The flow-on effect in communities, and impact on the people left behind, is harder to define than a statistic.

Mal Coutts is working to make sure no other grieving family in the country has to feel abandoned like Ms Johns.

The rural outreach worker sometimes drives more than 200 kilometres to lend an ear to someone in distress.

“The casseroles come, there’s plenty of food for a couple of weeks, then all of a sudden it just drops off because we all go back to our jobs, our lives,” Mr Coutts said.

Victoria’s royal commission into mental health has demonstrated how far the ripple effect of suicide travels in communities.

Lisa Nichols, the counsel assisting the Royal Commission into Victoria’s Mental Health System, told the inquiry in July “it is estimated that for every suicide, more than one in 135 people suffer intense grief”.

So far this year, there have been 370 deaths by suicide in Victoria, according to figures from the Coroners Court.

The suicide rate in rural communities across Australia was found to be 50 per cent higher than metropolitan areas, according to a report by the Centre for Remote and Rural Mental Health.

Since the program started in December, families have been able to catch up with Mr Coutts or his teammates – meaning they don’t need “tell their story again and again” to strangers.

Mr Coutts said apart from the psychologist who heads to the region once a week on behalf of the Royal Flying Doctor Service, “it’s hard to get social workers out to this area”.

Ms Johns wishes she knew where to turn when she was 18.

Her father’s shock death was front-page news – but no one wanted to talk about it with the then-teenager.

“People would cross the street so they wouldn’t have to talk to us,”  Ms Johns said.

“Because [my father] chose death over his family … I always felt people were going to abandon me,” she said.

Amid her grief and isolation, she said yes to a marriage proposal from a man she had known for just 27 days. Six years on, they divorced.

Trauma became “normal” for Ms Johns, who at one point spent two weeks in a psychiatric hospital.

These days she works in mental health and goes out of her way to find out if there has been a suicide in the community.

“People tend to say ‘you know where I am if you need me,” she said.

“I actually think that’s a copout … you’ve just got to turn up and show your support.”