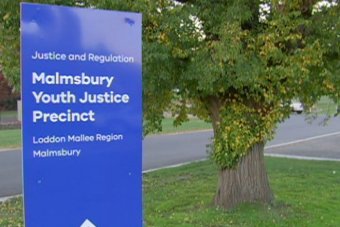 A Victorian youth justice centre was in lockdown on Friday after guards refused to work over safety concerns following the alleged bashing of guards by inmates.

The Community and Public Sector Union met with management on Friday morning after a series of attacks at the Malmsbury Youth Justice Centre, located 97 kilometres north-west of Melbourne, on Thursday night at 7.30pm.

The ABC reported the centre’s inmates were locked in their bedrooms throughout Friday.

Two 18-year-olds and a 19-year-old were due to face Bendigo Magistrates Court on Friday afternoon charged with intentionally causing injury, recklessly causing injury, affray and assaulting an emergency worker over the attack.

The day before the attack, another male employee aged in his 40s was allegedly assaulted by a youth at the centre reportedly with a makeshift weapon made of wood.

A Community and Public Sector Union spokesman told AAP the prisoners are understood to have hit an officer before the worker fell to the ground and was bashed with a cricket bat.

The night manager reportedly saw the officer on the ground, rushed in and took up to 19 blows to the body and head before backup arrived.

A Department of Justice spokesperson said two staff members were taken to hospital after the alleged attacks.

“The Department of Justice and Community Safety treats the safety of all staff with the utmost seriousness,” a statement reads.

“The matter has been referred to Victoria Police, with three young people to be remanded into overnight custody at the Bendigo Police Station.”

The ABC reported one staff member was in hospital with severe head injuries.

Victorian Ombudsman Deborah Glass said more than 13,600 lockdowns happened at Malmsbury during a 12-month period, according to a September report.

It comes after several youths reportedly escaped a unit at the centre in March when a swipe card was taken from an overpowered staff member.

New state government laws are in place to increase the consequences for young people who assault youth justice custodial workers, damage property or attempt to escape.

“We’ve wasted no time in introducing stronger penalties, stronger laws with stronger consequences for those who attack our emergency service workers including our youth justice workers,” Ms D’Ambrosio said.