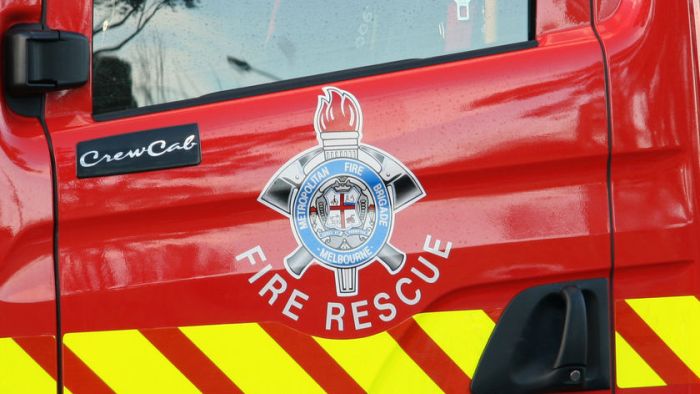 A watch-and-act warning has been issued.

Dozens of firefighters are battling several out-of-control blazes at a park in Melbourne’s southeast.

Several fires broke out around the lake at Jells Park in Wheelers Hill on Thursday, the Metropolitan Fire Brigade confirmed.

More than 30 firefighters have been deployed to battle the blazes, which police believe were deliberately lit. #9News https://t.co/gZZ1jgBuIL

A watch-and-act warning has been issued for the area with residents told to move if possible and be aware of smoke.

“If you live directly next to grassland, quickly move two or more streets away from the fire. Grass fires are unlikely to spread past the first row of houses,” the warning reads.

The largest fire is 500m by 500m, an MFB spokesman said about the blazes.

The park has been closed and air support has been requested to help ground crews, a spokesman said.

Up to 35 firefighters are at the scene using water from the lake to douse the flames.