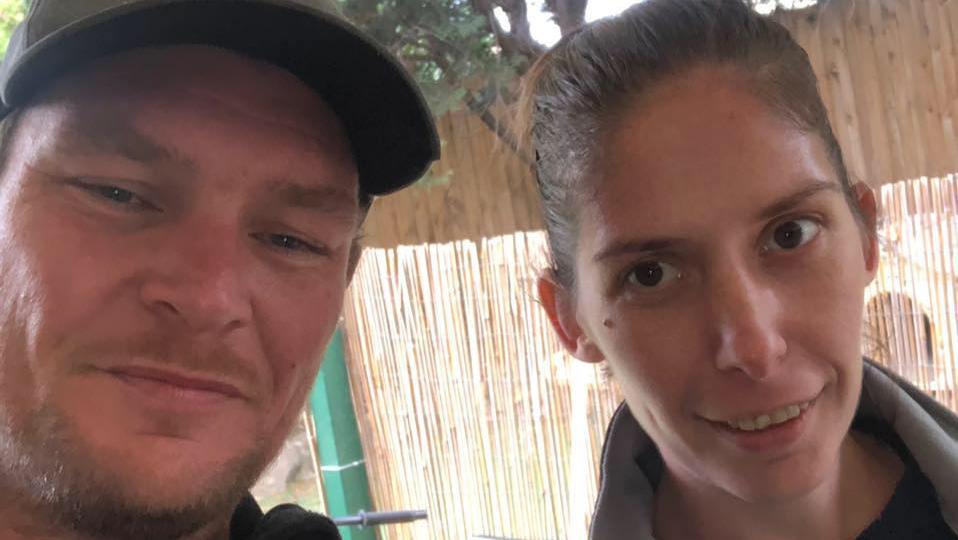 Helena Broadbent (right) has been remembered by her brother Paul Broadbent. Photo: Facebook

A mother who fell out of a moving car and later gave birth to a baby girl before dying in hospital has been remembered as a “beautiful” and caring mum, as police charged her partner on Sunday night.

Helena Broadbent, 32, was pregnant with her third child when she was injured after falling from the car as it rounded a corner in Melbourne on Saturday.

Ms Broadbent was taken to hospital, where she gave birth by emergency cesarean to a premature baby daughter but doctors were unable to save the mother.

He remains in custody and is expected to appear in court on Wednesday.

A devastated Paul Broadbent paid tribute to the “best sister anyone can have”.

“She was a beautiful, caring mum. She loved those two kids. And she was so looking forward to the new one on the way,” he told ABC.

Also at the weekend, in a separate incident, a woman was charged for allegedly running over her daughter and another female in a shopping centre car park at Nambucca Heads on the NSW mid-north coast.

Her brother, Harold Widders, described his heartache and attempts to help the women.

“[The car] did a U-turn, went up the gutter and took out my sister,” Mr Widders told 7 News.

“I took the keys out of the ignition and tried lifting up the car and I couldn’t … I couldn’t lift it.”

Mr Widders posted an emotional tribute to his sister in which he asked “Why did it have to be you?”

“This just doesn’t feel real. Kazzandra you have left us all numb. You were the one that was there when I needed you.

“I will never forget what I seen, how helpless I was.”

Police said an altercation had occurred between two women, aged 20 and 24, about 11.30pm on Saturday.

The mother of one of the women later arrived in a vehicle, which struck both women, with police alleging she left the scene, leaving the injured pair for dead.

The woman, 52, was arrested on Sunday and charged with manslaughter, dangerous driving causing death and failing to stop and render assistance.

She will appear in Kempsey court on Monday.

Loved ones of the three victims have expressed grief after the two fatal car tragedies, which both involved family members being charged over the deaths.

In Victoria, Major Collision detectives continue to investigate the death of Ms Broadbent.

“It’s alleged the altercation continued in a car the male was driving. The victim has fallen from the back seat onto the road as the car was driving around a corner,” she said.

Westmeadows Football Club said in a statement shared on social media: “Our deepest sympathies go out to Paul Broadbent & family on the tragic passing of his sister Helena. Our prayers are with her precious newborn baby daughter, son & daughter – may you all have the strength & will to get through this tragic time.”

Police are appealing for witnesses to both incidents.