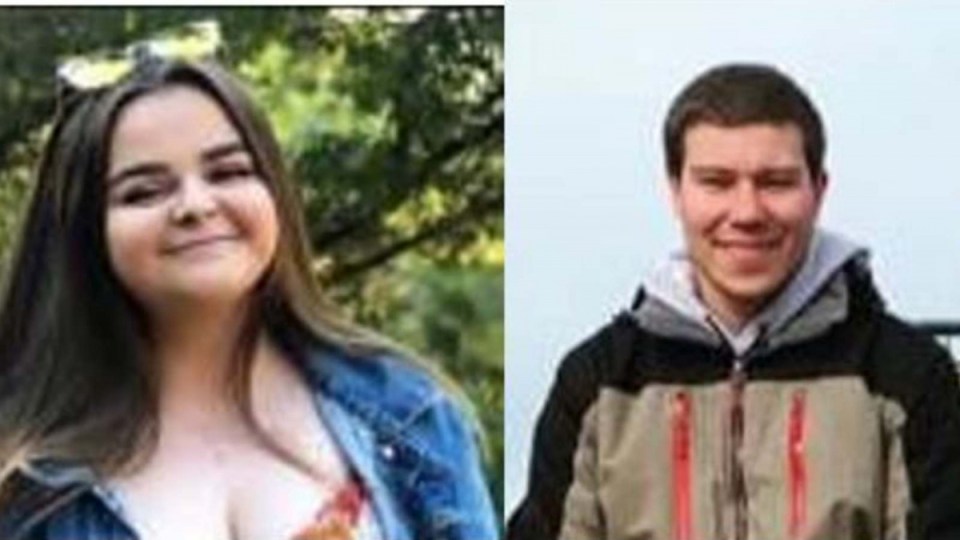 A massive land and aerial search covering more than 1000 square kilometres has ended in tragedy, with a young Victorian couple missing on a camping trip found dead.

Caleb Forbes, 22, from the northeast Melbourne suburb of Kilsyth and his girlfriend Shannon Lowden, 21, from nearby Lilydale, set off a week ago last Friday, bound for Thomson Dam in West Gippsland.

The alarm was raised when Mr Forbes did not turn up for work on Sunday.

Victoria Police said the pair were found dead in their car on Trig East track, near Thomson Dam, about 11am on Friday.

He said the Trig East track was “a very difficult track to negotiate”.

“It’s almost a sheer drop to the side and we will put some work into finding out … what has actually occurred to make that car leave the road,” Inspector Cashman told the ABC.

“We’ve spoken to the family and they are understandably devastated.

Inspector Cashman said the young couple’s families were devastated and it had been “very difficult for everyone concerned”.

“I have spoken to the family and they are understandably devastated.

“For Victoria Police, SES, there have been a lot of resources going into this, and a lot of family and friends and volunteers have turned up here, helping out to try and find these two.

“It is upsetting for everybody that we have not been able to find them safely. The community response has been as good as we have ever seen.”

Dozens of police, State Emergency Service members, volunteers, family and friends spent the past six days combing bushland and tracks, as the police air wing searched above the Thomson Dam in West Gippsland, to try to find the couple and their green Nissan Patrol.

The pair, from Melbourne’s north-eastern suburbs, had planned to camp near the dam. It was unclear when they were expected to return.

Efforts to find them ramped up on Wednesday, with about 30 of their friends and family joining dozens of police, SES members and locals to search bushland around the Rawson, Aberfeldy and Thomson Dam areas as temperatures plummeted and high rainfall was forecast.

Friend Jacob McGhee was among the first to join in the search, keeping friends and family up-to-date via Facebook.

“Hey guys, a good mate has gone out of contact camping over the weekend … he was with his friend Shannon and they were camping around Thomson’s Dam in Vic, near Walhalla. I don’t know the area at all but this is what he has told his family.

“He was supposed to be working today [Sunday] but no one has heard from him since Friday so starting to think he’s gotten stuck out there.

Ms Lowden’s mother, Debbie, said at the time she felt the couple had “got stuck somewhere and they can’t get out”.

She wanted her daughter to know she loved her and that there were fresh chocolate muffins waiting for her at home.

“We will be here as long as we need to be here,” she said.

“We will be here until we find them.”

Police will investigate the circumstances and prepare a report for the coroner.