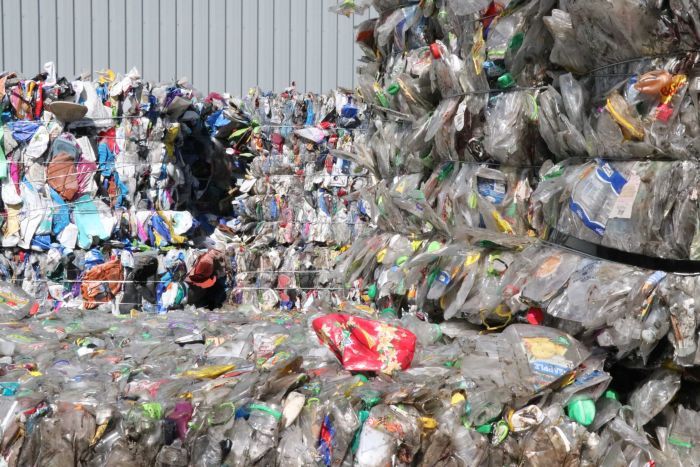 With few international markets for our waste, the refuse problem is worsening by the day. Photo: ABC

Local councils are pushing Victorian residents to be waste-smart and reduce the “environmental tragedy” of massive quantities of recyclables headed straight for landfill, following the closure of a major waste company.

SKM Recycling, dubbed by the state’s Environment Minister Lily D’Ambrosio as a “rogue, cowboy operator”, told councils on Thursday night it could no longer accept their waste.

The closure left more than 30 local councils in the lurch to deal with a combined 400,000 tonnes of recycling annually, at an anticipated cost of $700,000 per council per week, a situation described on Saturday by the state opposition as “totally unacceptable”.

On Friday, Ms D’Ambrosio announced a partial solution, where up to 40 per cent of SKM materials destined for landfill would instead be processed by other recyclers.

The minister has refused to reveal who the alternative operators are, or how much the deal is costing taxpayers.

But councils are keen to lighten the load, encouraging residents to be waste-smart for what they hope is a temporary problem.

The City of Casey issued a statement encouraging residents to place the correct items in each bin, to flatten recycling so more fits into the bin, and only put the recycling bin out for collection once it’s full.

On Saturday, Victoria’s shadow local government spokesman Tim Smith said the state government knew since China ceased accepting foreign waste in 2017 that  Victoria would be left with an “environmental tragedy” if a major local player dropped out of the market.

“Why haven’t they planned for the eventuality that we see today, where 40 per cent of councils don’t have a recycling provider? It’s totally unacceptable,” he said.

Mr Smith added the state government had a half-billion dollar fund thanks to the recycling levy, which he said should be used to contract new providers.

His sentiments were echoed by Mornington Peninsula Mayor David Gill in a statement on Friday, when he described the shutdown as “disappointing” and expressed his displeasure at the state government’s handling of the crisis.

“Advanced warning from the state government that further compliance matters at SKM were being addressed would have shown consideration for our community, he said.

“The state government has again failed to support our community by ensuring that the landfill levy collected from all tip users is used to fix this environmental crisis.”

SKM has had a series of fires at its sites, leading to a crackdown by the environmental watchdog for licence breaches, including stockpiling material.

It also owes millions of dollars to its creditors, including $3.358 million to Tasman Logistics, which is taking court action against SKM to have the company wound up.

This week, a Melbourne court gave SKM more time to repay its debts, which the company hopes to achieve within a week while securing a deal with a potential new owner.