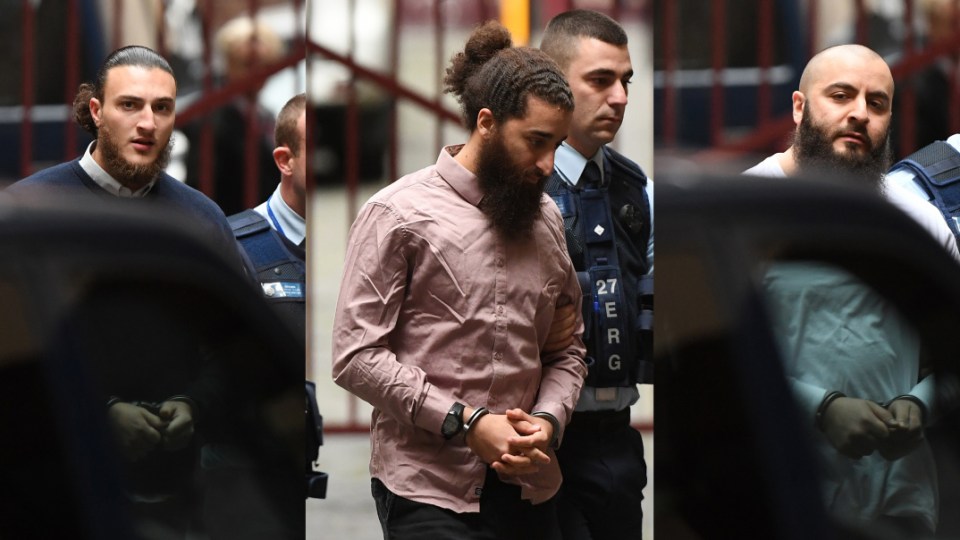 Three convicted terrorists will spend more than a decade each behind bars for firebombing a Melbourne mosque in an attack motivated by hate, intolerance and malevolence.

Ahmed Mohamed, 26, and Abdullah Chaarani, 28, attempted once to burn the Imam Ali Islamic Centre at Fawkner in November 2016, before succeeding in a second attempt a month later, helped by Hatim Moukhaiber, 30.

ABC reports the three men broke into the Imam Ali Islamic Centre in the middle of the night on December 11, 2016, and used 20 litres of petrol and a car tyre to set fire to the men’s prayer section.

The fire caused $1.5 million in damage and the mosque had to be demolished.

Describing it as “an attack on religious freedom” that was “impossible to excuse”, Supreme Court Justice Andrew Tinney said the Sunni Muslims had carried out a heinous crime to terrorise the Shia community.

Mohamed and Chaarani must serve at least 17 years of a 22-year sentence, while Moukhaiber will be eligible for parole after 12 years of his maximum 16-year prison term.

The trio was found guilty by a jury in the Victorian Supreme Court in May.

The trial lasted for weeks, with Mohamed and Moukhaiber denying any involvement and Chaarani admitting he took part but claiming it was part of a protest, not terrorism.

“He did so with the intention of advancing a political, religious or ideological cause, namely the advancement of Sunni Islam,” Chaarani’s lawyer said during the trial.

Mohamed and Chaarani have since apologised for their crimes and rejected Islamic State ideology during a pre-sentence plea hearing.

Moukhaiber did not consider himself to be radicalised, his barrister said previously.